After discussing the controversy regarding almond milk, Dr Oz wanted to help his viewers make the best decision for themselves in terms of what milk to buy for their families. He was excited to share everything you need to know about the three newest nut milks. But first, why should you think about choosing nut milks over dairy milk? For one, they’re low in calories which is great for weight loss. They also contain a wide variety of vitamins and minerals, and they’re great for avoiding dairy intolerances. 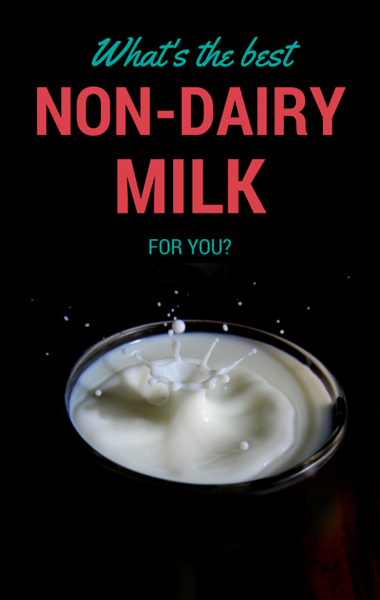 Dr Oz wanted to help his viewers figure out which non-dairy milk would be best for them, based on what they would use it for and how. (amagill / Flickr)

Dr Oz asked three sisters to join him, to look at three different nut milks. Dr Oz said he believes the best nut milk for weight loss is cashew milk. Unsweetened cashew milk has just 25 calories per cup, whereas cow’s milk has 120. Unsweetened cow’s milk has no naturally occurring sugars.  One of the women described the taste as mild and said she would use it for cooking but not or her coffee. Dr Oz said it’s often used with cereal.

Next, Dr Oz looked at hazelnut milk, saying it’s the best for energy. The woman described the flavor as very sweet and said she would add it to coffee, which Dr Oz agreed with. Finally, if you have dairy intolerance, Dr Oz suggested coconut milk. Coconut milk has 50% more calcium than dairy milk and the woman described it as thick, saying she would use it for recipes.

Dr Oz then brought in the women’s mother and had her taste all three milks while blindfolded. She had to choose which milk she would use regularly in her own life. She picked the hazelnut milk! Which one would you go with? We drink both almond milk and cow’s milk in our house!