Could hot sauce be the secret to your summer diet? Food journalist Mark Schatzker investigated. Since 2000 Americans’ love for hot sauce has grown 150% which is more than ketchup, mustard, barbecue sauce, and mayonnaise combined. Beyonce even declared she carries hot sauce in her bag! The first hot sauce company to dominate the market back in the 19th century was Tabasco. Tabasco still leads all other brands and follows a family recipe of chili peppers, vinegar, and salt. It’s biggest competitor is Frank’s, who also uses a similar process of aging cayenne peppers.

From Mexico, there’s the up and coming Cholula hot sauce which comes in a variety of flavors. And from Asia, there’s the hip and trendy Huy Fong’s Sriracha sauce which uses jalapeño peppers, garlic powder, and a variety of other ingredients that has it becoming more and more popular since it was first created in 1980.

But could hot sauce actually be good for you? Research shows that the active ingredient in pepper known as capsaicin may have antioxidant, anti-inflammatory, and anti-cancer benefits. It may also play a role in weight loss. 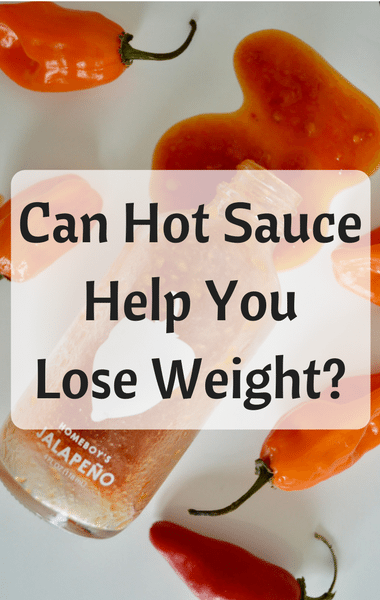 Dr Oz explored the idea that hot sauce can help you lose weight as well as the various ways the popular condiment can be used. ([email protected] / Flickr)

One of the main reasons hot sauce may work to help you lose weight is because it doesn’t add a ton of calories. There’s no denying Americans love condiments and traditional condiments typically contain both sugar and fat. If you like to add ketchup to your eggs, you could swap the ketchup for hot sauce and save yourself 38 calories. Dr Oz took a bite and admitted it was “good in a painful way” but Mark explained that the more you use it, the better it gets.

Additionally, hot sauce can help prevent overeating because it can satiate you. Scientists at Purdue University have found that hot sauce does seem to have some satiating benefits, possibly for two reasons. One idea is that you’re making good so hot that you can’t eat as quickly and another theory is that signals are being sent from the gut to tell you to slow down or not eat as much.

There’s also an idea that hot sauce may speed up your metabolism. He had Mark take a bite of an incredibly spicy pepper as he explained that when you ingest capsaicin your body temperature may rise and your body essentially has to use energy to fight that “fire.” Pain receptors can also be activated by capcaisin.

When shopping for hot sauce, Mark advised you look at the bottle and go for as simple as possible Avoid high-fructose corn syrup and keeping the sodium under 140 milligrams. Mark himself enjoys dipping French fries in crushed chilies. He warned that some hot sauces “are more sauce than they are hot” so beware of a lot of added sugar or other additives.

Rhenotha was with hot sauce sommelier Noah Chaimberg. Dr Oz asked Noah about the hottest pepper he’d ever eaten and he shared that it was the Carolina Reaper, which made the “Guiness Book of World Records.”

Rhenotha was trying various hot sauces and found that her favorite was a green jalapeño sauce with cilantro and maple, which was so hot Dr Oz was wiping his tongue off with a towel. Noah was smart enough to handle the hot sauce wearing black gloves so he remembered not to wipe his eyes with his hands after handling hot sauce.

Noah then shared a few of his favorite ways to use hot sauce, starting with savory oatmeal. He then topped Greek yogurt with honey hot sauce. Dr Oz thought the yogurt was a home run! Lastly, Noah topped a baked apple with hot sauce as well.

Noah joked that he brings hot sauce with him wherever he goes, but the best restaurants will make their own hot sauce right there in the restaurant.