Food journalist Mark Schatzker has been helping Dr Oz unveil some of the biggest food truths in the country. Their next topic was coffee, and Mark began with a run to a nearby coffee shop. Coffee is the country’s second most valuable trade commodity, which is why there’s been decades of concern over the effect the popular drink choice has on those who enjoy it.

Dr Oz: Is Coffee Good For You? 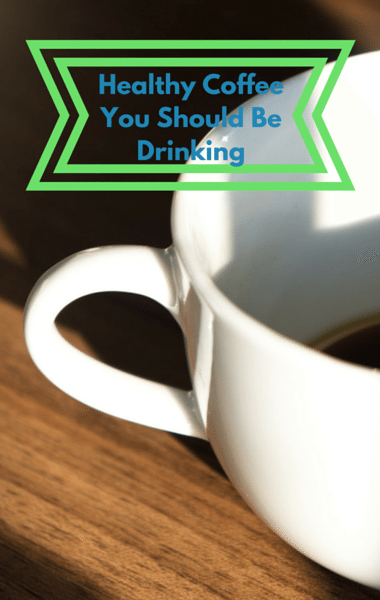 Dr Oz and Mark Schatzker investigated coffee to find out the truth health benefits and what kind you should be drinking for the most health benefits. (vesselin / Flickr)

In 1927, there were rumors that coffee would stunt your growth and a report was published alleging children were drinking a cup a day, but it wasn’t true. In 1973, a highly publicized study linked coffee to heart attacks, but that also wasn’t true. In the last 10 years, studies have shown that coffee is good for you, claiming that it reduces your risk of certain types of cancer, type 2 diabetes, and Parkinson’s. But new research is sounding the alarms over pesticides or other harmful chemicals that could be in your coffee.

Mark visited the owner of Birch Coffee, who explained that some will argue pesticides in coffee are harmful, while others say pesticide residue is cooked off during the roasting process. Mark added that if you’re concerned about pesticides, organic coffee is a good start, but it’s most important that you’re not afraid to finish your coffee. According to Mark, 98% of your cup of coffee is water. As for what’s in the other 2%, Mark traveled to New Jersey to meet with Dr Bob Arnott who took him to his coffee importer where he sources some of the world’s best coffee beans.

Dr Arnott explained that the solubles being pulled out during brewing are essentially chemicals, and there are thousands of them. When people hear chemicals, they automatically become concerned, thinking it’s poisonous. Dr Arnott argued that many of the chemicals are actually healthy, such as polyphenols. Polyphenols are a powerful antioxidant, anti-inflammatory compound. Coffee actually has more polyphenols than fresh fruits, vegetables, red wines, and green teas.

To be sure you’re buying coffee with the most health benefits, look for the lightly roasted beans. If you’ve always thought coffee had a bitter taste, you likely only ever had dark roasted coffee. As Mark said, that’s one of the reasons why people add so much sugar and cream to their coffee. If you still want some of that nutty, roasted flavor, Mark suggested you try a medium roast coffee, because you’ll get the health benefits of the polyphenols with better flavor.

Dr Oz then wanted to take a closer look at the health benefits of drinking coffee. First, it can boost your mood and lower your risk of depression. It can also improve your memory, both long-term and short-term. Coffee can also increase blood flow to your heart while decreasing the risk of skin cancer. Coffee can give you an energy boost while protecting your liver, lowering your risk of diabetes, and preventing gout.

Next time you head to the grocery, look for a specialty roaster if possible, but keep freshness in mind. If you look at a package of coffee, you may see a valve. That one-way valve lets CO2 out, but doesn’t let the oxygen in. You also want the bag to be a little puffy, not vacuum-sealed. When it comes to storing your coffee, don’t put it in the fridge or it could absorb the flavors inside your fridge. Instead, place it inside a canister and store it inside a cool, dark place.