Approximately 64 million people drink diet soda and many likely began drinking it in hopes of cutting calories, reducing sugar, and even losing weigh. A brand new study, however, has found that diet soda could actually be keeping your belly fat. Diet soda has been linked to heart disease, cancer, and now belly fat. 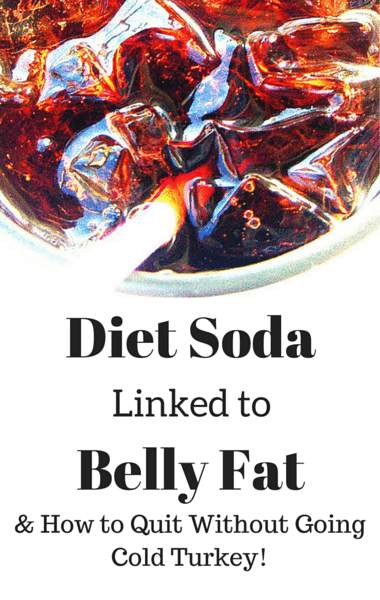 After sharing that diet sodas have been linked to more belly fat, Dr Oz shared a plan to help you gradually cut back until you give it up completely. (darwinbell / Flickr)

Dr Oz then explained that when a person drinks water and a little too much food, they put on a little weight, but it’s evenly distributed throughout the body. When someone drinks diet soda instead of the water, they still put on that weight, but it specifically targets the belly. Dr Oz turned to three women who admit to drinking diet soda regularly. The first two women drink three cans a day, while the third drinks five a day. All three women are self conscious about their belly fat.

The women admitted that they thought they could drink diet soda without guilt because it’s calorie- and sugar-free.

The women acknowleged that they felt like they couldn’t give up the diet soda, but certainly didn’t want to live with the belly fat. Because of that, Dr Oz came up with a plan that he thought would suit them perfectly. Dr Oz brought in addiction specialist Mike Dow to share how you can give up diet soda, without going cold turkey, in order to get rid of your abdominal fat associated with it.

Mike Dow explained that it’s important to use a three-prong approach. You first want to reduce the diet soda as much as possible, while also reducing belly fat. Third, you want to focus on high-satiety foods which will keep you fuller longer. You should first gradually reduce your daily diet soda consumption, using a step-down plan. If you’re having five sodas a day, cut it down to four for a couple days, then three, then two, all the way down until you’re not drinking any.

Finally, reach for white potatoes! They can keep you full for three times longer than the average food!