Dr Oz and Mark Schatzker investigated coffee and whether it’s truly the healthy must-have drink we all know and love. As for what you’re putting in your coffee, Dr Oz wanted to find out if the non-dairy creamer you’re putting in your coffee could be undoing all the health benefits of the tasty cup of joe. Mark looked into the most popular ones, explaining that non-dairy creamer was invented in 1952 because of the longer shelf life. There’s now more than 30 flavors. Mark wrote an entire book about those fake flavors and how they affect the body. He explained that fake flavors fool the body about the nutritional meaning of food. 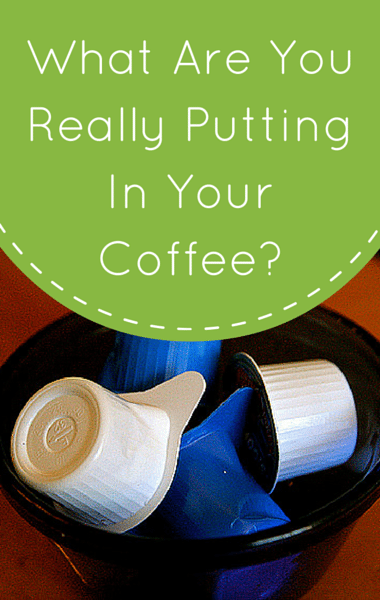 Coffee may be one of the healthiest drinks out there, but what happens when you dump creamer into it? What’s really inside those flavor cups? (stevendepolo / Flickr)

When it comes to coffee, instead of a simple, healthy, polyphenol-rich cup of coffee, suddenly you’re consuming “a milkshake with a little bit of coffee in it.” Mark wanted to be clear that no one should be fooled by the word natural because all that means is that it used to come from nature. Years ago, they used to use beaver castor lure which is a chemical that comes from a sac near a beaver’s backside. Luckily, they don’t do it anymore, but a lot of the chemicals used in the flavor industry, are the same ones used in the perfume industry because “flavors are aromas.”

What Mark is most worried about is the partially-hydrogenated and hydrogenated oils, also known as trans fats. If you see those mini creamer cups, it likely comes from milk or cream that has been ultra-pasteurized. That means nutrients are lost, which means flavor is lost as well. Go ahead and use the real thing instead.

Have you been using non-dairy creamer? Do you plan on switching now that you’ve heard what Dr Oz and Mark uncovered?

Dr Oz then wanted to take a closer look at various other types of coffee. If you use a coffee pod machine, you may have heard rumors that the machines harbor bacteria. Mark explained that those rumors are actually just that: rumors. Coffee pod machines have just as much bacteria as any other coffee-making device, which means just like everything else, you need to keep them clean. Mark suggested that you don’t put milk in the coffee pod machines because that can lead to more harmful bacteria.

Coffee pod machines are about convenience, and as Mark stated, “convenience always comes at a cost.”

The biggest problem with the coffee pod machines is the amount of waste they produce. All those empty, used pods are ending up in landfills.

Next, Mark and Dr Oz took a look at one Facebook user’s question. Melissa wondered if instant coffee gives you more caffeine than regular coffee, but that’s actually a myth! Instant coffee comes from robusta beans which grow at lower elevations. The coffee plant puts caffeine in the beans because it’s a natural pesticide that keeps critters away. Robusta beans do have more caffeine, but the way you make and brew instant coffee, takes away some of the caffeine.

You should also know that the nutritional benefits of decaf coffee are almost identical to those of regular coffee.