Dr Oz wanted to tackle the issue of omega-3 fortified foods to find out if you’re really getting what you’re paying for. Ever since the first year of his show, Dr Oz has recommended omega-3s, but now they’re being marketed everywhere. Omega-3s can now be found in everything from pet food to yogurt and cereal. Omega-3 fortified food is $13 billion industry, and omega-3s are healthy fats found naturally in foods like chia seeds in salmon. They’re important for fighting off things like depression and heart disease and even Alzheimer’s.

For the past seven years, Dr Oz has recommended 600 mg of omega-3s every day, but are these foods really worth the extra morning? 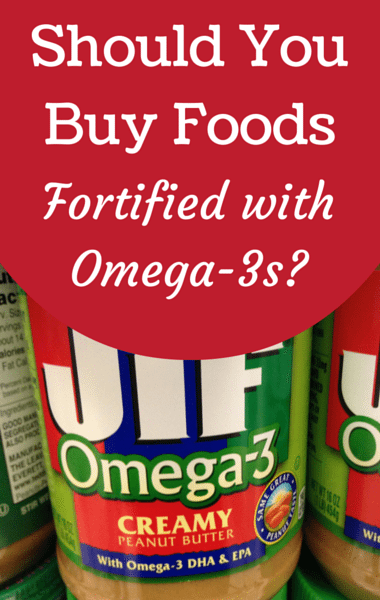 Dr Oz took a closer look at foods fortified with omega-3s to find out if it’s really worth a few extra dollars to buy them over regular versions of the same food. (jeepersmedia / Flickr)

Dr Oz welcomed Michael Moss, the best-selling author of “Salt Sugar Fat.” The food labels they’re talking about say “with omega-3s” or “superior omega-3s” but is it a marketing ploy? Michael said consumers tend to see those labels and think those foods are better than them, but those numbers typically don’t add up. Michael explained that the amount of nutrients added aren’t enough to make a major impact on your health.

The FDA has a policy guideline about adding nutrient to food and drink. Michael said “they frown on” adding nutrients to things like fresh produce, meats, poultry, and fish, because they’re worried that we will either get too little or too much of the nutrients. Michael said on average, you could be paying $1-2 more dollars for those foods that claim to have extra nutrients.

Dr Oz: Not All Omega-3s Are Created Equal

Dr Oz then began by saying not all omega-3s are created equal, and then said there are basically three types of omega-3s. First, there are EPA and DHA, which are important, and mostly found in fatty fish like tuna, salmon, and sardines. Those fats are crucial to your diet and associated with lower disease. There’s also ALA omega-3s which are found in nuts and seeds, but there’s no known number recommended for specific disease reduction. Dr Oz, however, always recommended 600 mg of EPA and DHA.

Dr Oz: What’s A Good Serving Of Omega-3s Look Like?

So what does 600 mg look like? Michael showed that about three little sardines contain about 532 omega-3 mg, while a piece of salmon contains over 1,500 omega-3 mg. Dr Oz loves sardines and suggested that more people develop a taste for it. He said the problem, is that people aren’t eating enough of the omega-3s, plain and simple. So that’s why he wanted to know how much was being added to those fortified foods. He sent investigative reporter Elisabeth Leamy to find out.

Elisabeth looked at food supplemented with omega-3s, buying eggs, milk, and peanut butter, then bought the same foods again, this time selecting ones fortified with omega-3s. The food labels were removed and then sent to a lab to undergo testing to see how much omega-3s were in each.

Michael said there’s all kinds of food fraud out there, and that’s not the case here. The problem, is that the food products stilll don’t truly contain enough to make a big impact on your health. If you eat two eggs, two tablespoons of peanut butter and a cup of milk, you’re almost halfway to the daily recommendation, which is certainly a lot better than none. Michael said it’s always best to go for the real foods like salmon and sardines.

Elisabeth said the peanut butter actually had sardine oil in it, which could be a problem for vegetarians or vegans! Dr Oz said the best way to get your omega-3s will always be real sources or an omega-3 supplement.