While people are constantly searching for diet shortcuts and ways to enjoy their favorite foods without the guilt, food companies are coming up with more ways to rake in the dough. Dr Oz wanted to find out whether low-calorie chips are truly a healthier alternative to the fat- and calorie-loaded chips and snacks sold at the supermarket. Mark Schatzker was more than happy to look at chips that are baked instead of fried or made with healthier ingredients, to find out if they’re truly better for you.

When Mark spoke to a nutritionist, he learned that although people think low-calorie chips are healthier, it’s actually the opposite. The truth is, a chip is a chip, and they still contain fat, sugar, and salt. Plus, because they’re low-calorie, people tend to think it’s okay to eat more of them. As Mark discovered, it’s more like a very smart way to trick consumers through advertising. 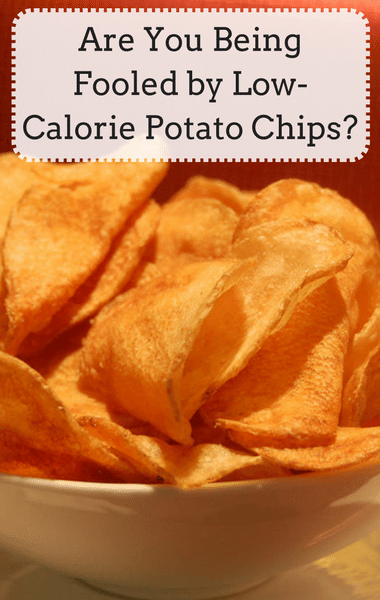 Dr Oz and Mark Schatzker investigated claims that low-calorie potato chips are a healthier snack, when compared to the real thing. So what’s the truth? (stuart_spivack / Flickr)

When buying chips, the first ingredient on the label should be the vegetable the chip is supposedly made of. It should also look like the vegetable it came from.

Mark also learned that companies are using tricks to make consumers eat more chips. First, they use chemical and artificial flavorings in their products first to make them taste more like the real thing and second to make you want more. One of the hallmarks of food addiction is cravings that can’t be satisfied, and Mark believes that additives like “flavorings” or even “natural flavorings” could be to blame.

Companies also use extra salt which could potentially cause consumers to eat more overall. It turns out that baked chips typically have more salt than regular. Companies also use creative packaging to trick consumers into thinking they’re eating food that’s healthier for them.

If you’re still craving that salty, crunchy bite of a potato chip, you don’t have to give up hope. Mark visited a potato farm to find “America’s healthiest chip.” At North Folk Potato Chips in Long Island, they grow and fry their own potatoes. A husband and wife team are the owners and they believe they use the best potatoes and the best oil to make the best chips. They don’t use any preservatives, the chips are only lightly salted, and they use sunflower oil to fry them.

The most important thing to remember is that potato chips should be a treat and not eaten every day. Plus, when you do eat them, they should be as close to the real thing as possible!