The hot dog is practically a summertime staple and an American favorite. Mark Schatzker was sent to find out the truth and history of the popular food. Mark first explained that technically, a hot dog is a sausage, which is one of the oldest forms of processed food. Hot dogs were mentioned as early as the 9th century B.C. Many food historians trace the modern hot dog to a German butcher who created the dachshund or “little dog” sausage in Germany in the late 1600’s. The butcher moved to Frankfurt to promote his new product, which is where the nickname Frankfurter came from.

The hot dog eventually reached the United States where German street vendors would sell them topped with sauerkraut in the 1860’s. Hot dogs truly became a hit when a St Louis baseball stadium started selling red-hot dachshunds in 1893. Some say a sports cartoonist who didn’t know how to spell dachshund, coined the name hot dog. 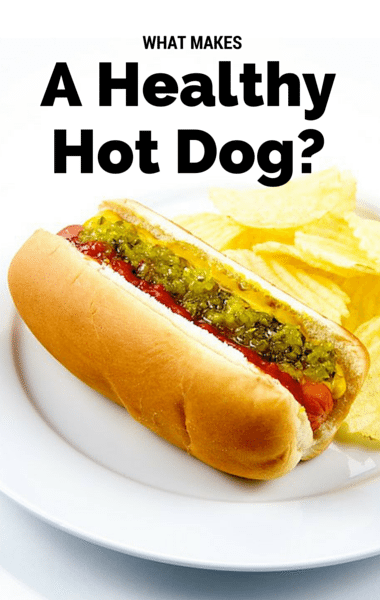 Many will be surprised to hear that Dr Oz actually didn’t disprove of hot dogs, but instead suggested healthier options.(preppybyday / Flickr)

In 1916, a Polish immigrant named Nathan Handwerker opened a small stand in Coney Island. That’s how the world’s most famous hot dog was created. Even FDR served Nathan’s hot dogs to the Queen of England in 1939. It’s now estimated that Americans consume 20 billion hot dogs a year, with 150 million consumed on July 4 alone. Hot dogs have become synonymous with unhealthy, but they actually don’t have to be.

Dr Oz: Gourmet Hot Dogs + How Hot Dogs Are Made

Mark visited Crif Dogs to find out more about gourmet, healthier hot dogs. A classic New York hot dog is 100% beef, skinnier, snappy, and either boiled or grilled. Sometimes it’s topped with sauerkraut and mustard, while others like raw onions or red onions. Mark was lucky enough to try one of Crif Dogs’ peanut butter hot dog to the bacon-wrapped dog with cole slaw and jalapenos.

Mark acknowledged that a lot of people avoid hot dogs, thinking that because they’re made with the parts of the animal we don’t want to see on our dinner plate, they’re unhealthy. But ethically speaking, that’s actually better. Mark stated that hot dogs themselves aren’t terrible, but it’s what we’ve done to them that’s the problem. A hot dog is made with the trimmings of beef, chicken, pork, or other meat. Then ingredients like starch, salt, corn syrup, preservatives, and water are added, making a “meat batter” that is pumped through cellulose tubing making the hot dog we know. Those dogs are then smoked and packaged.

Because Mark had a bad personal experience with a hot dog, he set out to find a healthy one so that he could still enjoy the American staple, without putting himself or his health at risk. When shopping for hot dogs, you first want to look for “grass-fed” on the label. For Mark, that means you’re getting the best quality meat. Organic is another great word to look for, while kosher is a personal preference and means that the hot dog is made only from beef. All-natural isn’t a regulated word, which is why you’re best off ignoring that. Nitrate-free or uncured could be a sign that the company is using celery extract instead, and is also likely sourcing better quality meat.

When you read the ingredient label, you want to be sure you see meat, water, sea salt, celery powder, and spices. Some hot dog packages will have a super-long ingredient list, which is a sign that it’s likely not a healthy choice.

As for dressing up your hot dog, go for a better bun. Instead of those white bread hot dog buns, go for a whole grain bun or a lettuce wrap. You can even go old-fashioned and eat your hot dog with beans instead of bread. To be sure you’re not ruining your hot dog with unhealthy condiments, go for the Oz-ified Original Dog that’s loaded with sauerkraut, kimchi, cold pickles, and chopped tomato. You could also try avocado and alfalfa sprouts or caramelized onions, goat cheese, and balsamic vinaigrette. Avoid the fries and eat your dog with a side of veggies.