Dr. Oz talked about a personal health crisis he revealed earlier in the season, when he told us about the alarmingly high mercury levels in his blood. Dr. Oz said we should be worried about the high levels of mercury in tuna, which is where his levels came from. Tuna is also the most common fish Americans eat. 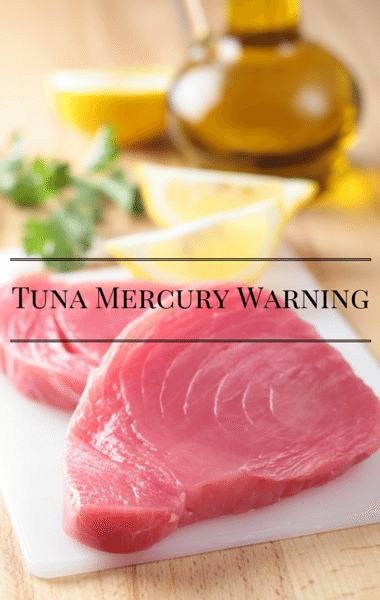 Dr. Oz talked about whether we should be concerned about the high mercury levels in tuna and which kind of tuna is the best one for us to eat safely. (Lilyana Vynogradova / Shutterstock.com)

High mercury levels can cause mood swings and irritability, insomnia and weakness, and vision and memory impairment.

Dr. Oz: Which Tuna is Healthiest?

So how can we eat tuna safely? Dr. Oz talked to Shaunta, who was considered about the kind of tuna found in jars and cans. She eats a lot of tuna and she wanted to know the best way to eat it without increasing her mercury levels.

The rule of thumb is that the larger the tuna, the more mercury. So bigeye tuna has the most mercury, the yellow fin tuna has the second-most, albacore has a little bit less, and finally skipjack has the least amount of mercury. If you have a choice, you should choose skipjack.

Dr. Oz: How Much Tuna Should I Be Eating?

Frozen tuna often has more mercury because it’s made from larger fish. To be safe, limit the amount of frozen tuna you eat to twice a month. Jarred tuna is often made from yellow fin tuna, which has the second most mercury. It’s better than freezing, but it’s not as good as canned. Limit this to about six ounces per week.

The canned stuff is where you find the albacore and skipjack. Chunk white is the albacore tuna and chunk light is the skipjack. You can have canned tuna just 12 ounces per week.

Dr. Oz said that we should finish what’s on our shelf, but next time we grocery shop, look for skipjack tuna, often labeled as “chunk light”.