Dr. Oz revealed that not all olive oils that claim to be “extra virgin” are actually extra virgin. He talked to investigative reporter Elisabeth Leamy, who said that extra virgin olive oil is supposed to be made from perfectly ripe olives that are picked and pressed without heat or chemicals. This makes it healthy, but it also makes it more expensive. 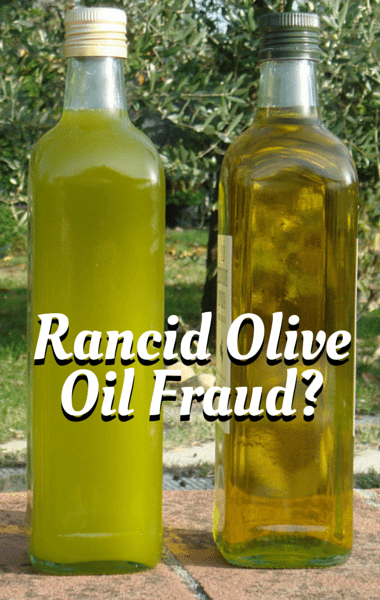 Dr. Oz talked about how you can know for sure whether your olive oil is really extra virgin. Which five brands passed a lab test? (letorri / flickr)

It turns out there’s been a lot of consumer fraud in extra virgin olive oil, so the National Consumers League bought 11 olive oils and tested each to find their chemical composition and flavor profile. The results revealed that five of the oils were top grade extra virgin and six of the bottles were not extra virgin. Four of them were actually ordinary. Two of the bottles were “rancid” and considered unfit for consumption in some countries.

The National Consumers League only tested one bottle of each olive oil, so until there’s more testing, they’re not naming names for the olive oils that failed.

Dr. Oz then talked to Dr. Mary Flynn, an associate professor of medicine at Brown University, who has studied a lot of her career to studying the benefits of extra virgin olive oil. The health benefits include lowering blood pressure, decreasing oxidation and inflammation, and improving blood fats. She called it “liquid gold.” She suggested eating at least two tablespoons per day as part of a healthy diet to get the benefits.

Dr. Oz reached out to the North American Olive Oil Association, who said in part, “The overwhelming majority of olive oils for sale in the U.S. are authentic, quality olive oils that are properly labeled.”

Dr. Oz: How to Buy the Right Stuff

To buy the right stuff, look for an olive oil with a best by date at least 1.5 to two years away. Dr. Oz said he never thought about looking for a date on the olive oil bottle.

You should also look for small, dark containers and store it in a dark, cool place. If you buy olive oil grown and bottled in California, you’ll also have an edge, because California has some of the strictest olive oil standards in the world. Look for the California Olive Council Seal.