Dr. Oz kicked off his show talking about a new genetically modified apple that’s been designed not to turn brown after being bitten into or cut. The United States Department of Agriculture recently approved the first genetically modified apple, called the “arctic apple”, according to Dr. Oz. This apple was modified by a Canadian company called Okanagan. It stays fresh and white for days. 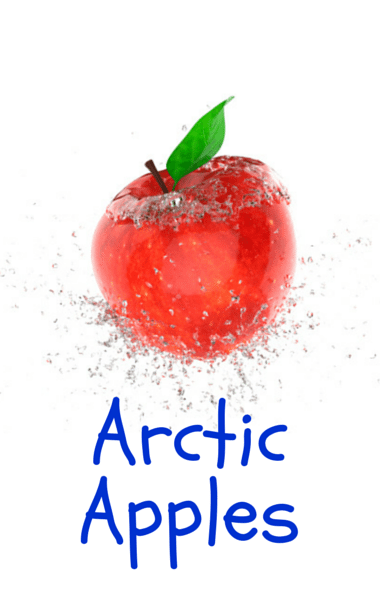 Dr. Oz talked about a new GMO apple that doesn’t brown when you cut into it. Is it safe? Dr. Oz talked to the president of the company that developed it. (Haver / Shutterstock.com)

Since they’ve been approved, these apples could be showing up at schools and grocery stores across the country. Currently, corn and soybeans are the two biggest GMO foods out there. These were modified so farmers could use stronger pesticides and so they could better control pests. But these new GMO apples are made for consumer convenience, which is a marked difference.

Dr. Oz: What is an Arctic Apple?

Dr. Oz asked women in the audience what they thought of the new apple. They said it could appeal to children, given that it won’t turn that unappealing shade of brown, but they all wanted to know what was in the apple. Is it safe for us to eat?

Dr. Oz talked to Okanagan Specialty Fruits president Neal Carter about these apples. He said these apples are perfectly safe. They just turned off the enzymatic browning, which means when the apple starts to rot, it will still turn brown. It just won’t turn brown while you’re still eating it. This makes the apple more appealing.

However, large companies such as Gerber and McDonald’s have already declared they will not be using the GMO apples. But Carter said anyone who’s tried the apple has loved it.

When you cut into an apple, an enzyme inside it tells it to start to turn brown. In order to turn this enzyme off, you have to go inside the DNA of the apple and turn off the gene responsible for the browning.

Critics of the apple say that turning off one trait doesn’t mean you haven’t influenced others. But nevertheless, the USDA has agreed to let this apple be sold in the United States.

Dr. Oz: What Do GMO Apples Do to the Body?

Dr. Oz said that since the effect of these apples haven’t been studied, we’re engaging in a science experiment with our bodies.

Consumer Reports scientist Michael Hansen said that there are two big issues with this. He said technology used to turn off the browning enzyme can also potentially turn off other genes with the same sequence. This needs to be assessed for safety.

This same technology was used in pest control last year and the Environmental Protection Agency advisory panel said further questions needed to be asked. However, the USDA seems to have disregarded that.

Another problem is that this browning enzyme developed in part to help combat diseases. With the gene turned off, the plant could be more susceptible to diseases.

Neal Carter said he’s confident in his product and five years’ worth of food data showed they are identical to normal apples in every other way. During those five years, they were also subject to regulatory scrutiny.

Michael Hansen said that the non-GMO label is the fastest growing label in the food industry, indicating a desire for less GMOs in the U.S. This also creates a potential consumer fraud issue, because if a consumer sees a sliced apple in a salad bar and sees that it’s white, they might assume it was freshly cut when it was not.

Dr. Oz thanked both men for appearing on his show. He suggested Neal be more transparent in labeling his products. Neal said GMO labeling “demonizes the technology,” so he’s conflicted about this issue.

Dr. Oz reached out to the U.S. Apple Association who said in part that apples are “safe, healthy, nutritious, and delicious” and that consumers “will simply have one more choice in which apples they decide to purchase, whether that is the Arctic Non-Browning apples or the dozens of traditional choices that remain in Non-GMO.”

Dr. Oz said we can all only make the right decisions for ourselves if we’re properly informed, so he stood by his opinion that GMO food should be labelled.