Once Dr Oz heard about the new, entirely plant-based burger that tastes just like meat but with more protein, he knew he just had to learn more. He sent core-team expert, food journalist Mark Schatzker to investigate. Silicon Valley recently created meatless meat that really does taste like the real thing! First is the “Impossible Burger,” a veggie burger that bleeds. Then there’s Beyond Meat’s Beyond Burger which is available in grocery stores already.

Mark met up with Beyond Meat’s founder Ethan Brown. Ethan was passionate about changing the protein at the center of people’s plates from animal protein to plant-based protein, in order to solve some of the world’s biggest problems like human health and climate change. The idea he had was to take plant-based ingredients and convert them into muscle through heating, cooling, and pressure, like the animal does in its digestive system. 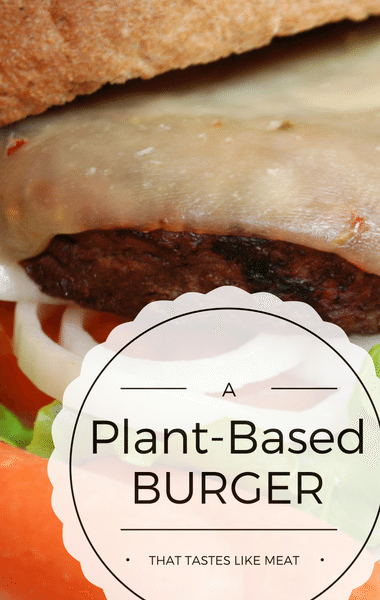 Dr Oz taste-tested the new Beyond Burger that’s entirely plant-based, to find out how it stacks against a traditional beef patty. (behind-the-lense / Flickr)

Ethan isn’t hoping to cut meat from American diets all-together, but instead encourage them to eat a different kind of meat. He believes he’s providing exactly that, while also giving consumers a product that tastes great.

Mark joined Dr Oz and explained that environmentally friendly plant-based alternatives are becoming more popular than ever before. When they compared the nutrition of the Beyond Burger to an ordinary beef burger, they were surprisingly similar. The Beyond Burger had more protein and iron, and less saturated fat, cholesterol, and total fat, but the differences weren’t huge.

On the other hand, the Beyond Burger is plant-based, antibiotic-free, hormone-free, GMO-free, soy-free, and gluten-free. While the traditional beef burger has potential antibiotics, hormones, and GMOs.

Dr Oz: Is A Plant-Based Veggie Burger A Good Option?

But one of the biggest concerns about the Beyond Burger is the ingredient list. If you’ve been paying attention to segments on Dr Oz, you’ll know that he always advises his viewers to choose food with short ingredient lists, to avoid additives and chemicals. Pea protein isolate is the first ingredient, which isn’t as much of a problem as what’s left behind. When the protein is taken out of the peas, the antioxidants and fiber are left out. Mark suggested consumers not think of a veggie burger as a way to eat their vegetables.

Plus, as Mark explained, people often use a burger as permission to indulge. So pair it with healthy sides to really make your swap worth it.

Dr Oz: How A Plant-Based Burger Is Made

Ethan Brown, the creator of the Beyond Burger, joined Dr Oz to answer questions about his product. He walked through the ingredients used to make the patty. They start with peas and essentially turn them into a powder form, which is then separated to pull out the protein. That protein is then heated, cooled, and pressured to “stitch the protein together” in a way that makes it similar to muscle. For the “bleed” they added beets because of the color and moisture. For the fatty aspect, they use coconut and a canola oil. For flavor, they found plant-based properties that provide a similar flavor, and then combined it all to make a burger that’s unlike any other veggie burger you’ve had. Taste-wise, even Dr Oz approved.