Dr Oz begins each day with a bowl of Greek yogurt, but since gaining popularity, there are now more Greek yogurt imposters than ever. Greek yogurt now accounts for around half of all yogurt sales in America, but not all are what they claim to be. Mark Schatzker was sent to find out more about what’s really in the Greek yogurt we are buying. Greek yogurt is now a $2.5 billion market and companies are now fighting over who’s Greek yogurt is the healthiest. So how do you know for sure what you’re getting? 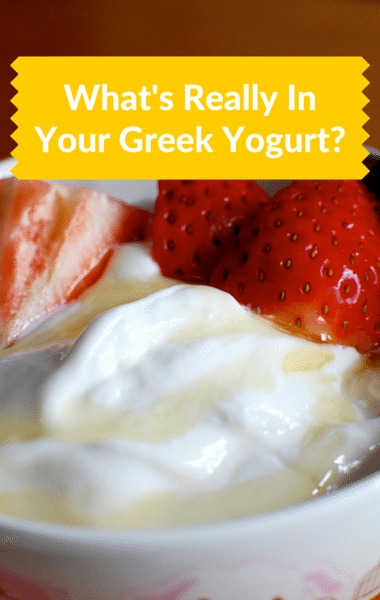 Dr Oz took a closer look at Greek yogurt and how you can tell if you’re truly getting the real thing. (geishabot / Flickr)

Many companies are selling Greek yogurt but they’re not actually straining it the way they should. Instead, they’re just adding thickeners and acting as if it’s the same thing. There’s no government labeling requirement for Greek yogurt, which means anyone can call their yogurt Greek.

Mark bought dozens of Greek yogurts and had them each tested to reveal what’s really inside the yogurt and if they were even Greek at all. The liquid that is strained from regular yogurt to make Greek yogurt is actually whey. Whey contains sugar and carbs, so when that is removed, you’re left with a yogurt that is higher in protein and lower in carbs. However, it can take up to four cups of milk to make one cup of Greek yogurt, while just one cup of milk makes a cup of regular yogurt.

Dr Oz added that Greek yogurt is typically about double the price of regular yogurt. Companies often try to cheat the system to make a product that looks like Greek yogurt, but only uses a small amount of milk. That’s why they add things like cornstarch, gelatin, whey protein concentrate, or milk protein concentrate. That’s why it’s important to look at the nutrition label, because while a yogurt with cornstarch had just 11 grams of protein, plain Greek yogurt made the real way had 18 grams of protein.

Back to the samples that Mark sent to a lab, he found that whether a yogurt was Greek or not didn’t seem to have an effect on the number of probiotic cultures. Some yogurts had just 500 bacteria per gram and some were as high as 36 million, which shows just how vastly different the products you’re buying truly are.

If you see a product like Greek yogurt pretzels or other snacks that claim to use Greek yogurt, more than likely they used just a little bit of Greek yogurt powder so check the ingredient list. Greek frozen yogurt is better than ice cream, but it’s not a breakfast item like plain Greek yogurt.

If you don’t like the taste of plain yogurt, try mixing the Greek yogurt with the plain yogurt a little at a time until you get used to it. You should stay away from the fat-free yogurt as well, and go ahead and grab the 2% of full-fat yogurt because it will keep you satisfied. Look for 18 grams of protein, 12 at the minimum.

A Greek chef then joined the show to share how you can easily make Greek yogurt at home. She boiled one liter of milk to 195 degrees then added in the yogurt. She covered the pot with two towels to keep it warm for up to six hours without moving or touching it. Then put it in the fridge before straining it to make Greek yogurt. If you don’t strain it, you’re left with regular yogurt. No matter at what point you eat the yogurt, it’s already healthier than store-bought!