In April 2016, police in Italy nabbed 7,000 tons of fake olive oil and a lot of it was heading to stores in America. Some people are now saying that most of the olive oil in your pantry could be a scam. But what exactly does that mean? It means what you’ve been cooking with could contain far less oil made from olives that you would expect, and is made with artificial colors and flavorings.

Real extra-virgin olive oil comes from fresh olives that are milled within 24 hours of their harvest. Adulterated oil takes some of the real oil and mixes it with an oil substitute. To make the fake olive oil, an oil with no flavor or color like sunflower oil is added to coloring, and then mixed with a little bit of the real oil, before a label is applied that says it was made in Italy. That oil is then shipped off to U.S. supermarkets. 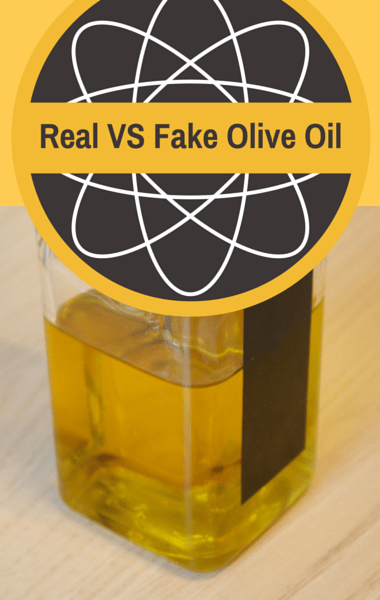 Dr Oz learned just how common it is to for fake olive oil to fill store shelves and how you can be sure you’re getting the real thing. (denderello / Flickr)

So how often does that actually happen?

Dr Oz: How Much Olive Oil Is Fake?

Dr Oz then sat down with Maia Hirschbein, an olive oil expert, who said olive oil is an ingredient than can elevate any dish, and is something that a lot of us use every day. Shockingly, Maia revealed that less than 20% of oils on supermarket stores today are real extra-virgin olive oil. As for the rest, either the oil was originally extra-virgin olive oil but broke down over time because of poor storage or transportation, or it was intentionally adulterated, as Dr Oz explained.

Because Dr Oz is such a huge fan of olive oil and grew up eating it, it was frustrating for him to hear the truth. To be sure you’re buying good quality, real olive oil, Maia suggested you first look at the price. If it seems too good to be true or is super inexpensive, it’s likely not the real thing.

Maia was asked to blindly taste-test five of the most popular brands of Italian extra-virgin olive oil. Before tasting each sample, she warmed the oil in her hands to release the aromas, then she inhales deeply to smell the oil, explaining that it should smell fruity but mild. She then takes a sip and seems to almost quickly slurp it to the back of her mouth, looking for a bitter flavor that signals freshness. She then looks for a pungency as the oil rolls down her throat, which indicates the presence of antioxidants in the oil.

Maia then revealed that only one of the five oils she tasted was actually good quality. She explained that rancid oils actually smell like Band-Aid, Play-Doh, and Crayon.

According to Maia, when you shop for olive oil, there are three things you should look for. First, look at the back of the bottle and read the harvest date and look for November or December of the previous year. Because olive oil can go bad, you want to consume the oil within the year it’s made.

Olive oil has a shelf life of about 2-3 years but once you open it, it should be consumed within 2-3 months. Maia suggested having two oils in your kitchen; one you can cook with in large amounts and one with a more intense flavor that is more expensive, to use for finishing or dressing. She recommended storing olive oil in a cool dark place, not the fridge. You should certainly cook with olive oil, but put it into a cold pan first and slowly increase the heat to avoid smoking.