Shockingly, approximately one in six Americans get sick each year from food-related illnesses, and most of those cases come from restaurants. Consumer expert Lisa Lee Freeman and restaurant expert Howard Cannon decided to go undercover to find out the warning signs of a restaurant that could make you sick. Howard is the person they call when there is a restaurant lawsuit or insurance claim, and they need an expert, impartial opinion. Howard explained that the challenge is being able to see the invisible, which is bacteria and viruses. 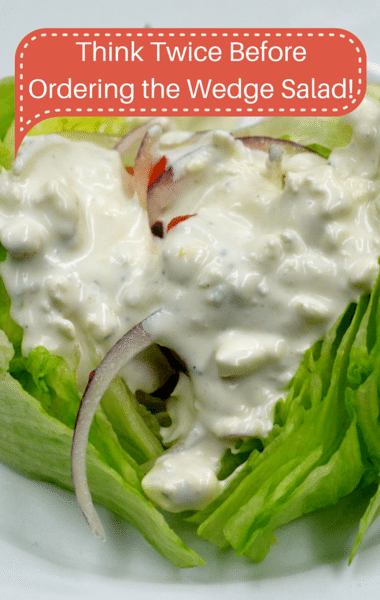 Cameras followed investigators as they took a closer look at restaurants putting your health at risk. Would you know how to prevent and avoid a food-borne illness? (kurmanphotos / Flickr)

As for the health scores posted on the front of the building, Howard explained that the health department does their job, but that score can give you a false sense of security. That score can lead you to believe a place is either cleaner or even dirtier than it actually is. He suggested being your own health inspector to choose whether the place is safe enough for you to dine at.

Lisa and Howard then went undercover to a Mexican restaurant, and immediately noticed the smell of dirty mop water. As they sat down, Howard noticed that he couldn’t tell who was in charge, and said it’s important when it comes to cleanliness, to have a clear leader. When the waitress came to take their order, Howard asked if he could actually see the food before he ordered it, and the woman let him back into the kitchen.

Howard saw sauces sitting at room temperature, explaining that cold items should be below 40 degrees and hot items should be above 140 degrees. Anything in between that is just breeding ground for bacteria. Also, only half of the workers in the kitchen were wearing gloves.

Shockingly, as they were sitting at the table, Howard noticed actual maggots in the salt and sugar shakers. Although Lisa had lost her appetite, Howard explained that once he washes his hands, he’ll actually touch all of his food to see if it’s the right temperature. He said he wouldn’t eat any of the food that was brought to him, because it was all too cold to be safe.

Lisa and Howard then joined Dr Oz to share even more tips for staying safe when dining out. Lisa began by stating that diners should avoid the wedge salad. Raw produce is the riskiest thing you can order at a restaurant, because it causes more cases of food-borne illness than any other food. Wedge lettuce is particularly dangerous because bacteria can hide in all the nooks and crannies. When ordering a salad, make sure it arrives crisp and cold, not soggy or at room temperature.

Howard also advises against ordering the signature item. He explained that a signature item is typically prepared before it’s even ordered. Instead, he’ll order something a little further down the list and take something off of it so that it has to be made fresh.