Salt-N-Pepa topped the charts with hits like “Push It” but all those years on the road took their toll, and the duo is now a mission to take back their health. Dr Oz first asked them how they decided who got to be Salt and who got to be Pepa. Sandra Denton joked that she got to be Pepa “because I’m the hot one” while Cheryl James responded with “that’s true.” When they first got together, they actually sold maintenance agreements on Sears appliances.

As successful as they were professionally, Cheryl decided in 2002 to leave the band. She explained that growing up in the business took its toll. Cheryl also became bulimic because of the pressure she felt to be thin, and struggled with the eating disorder for a few years, while Sandra had no idea. For her, the eating disorder was more about stuffing her emotions, but acknowledged that eating on the road was very difficult. Cheryl felt that she needed to figure out who she was apart from being “Salt.” 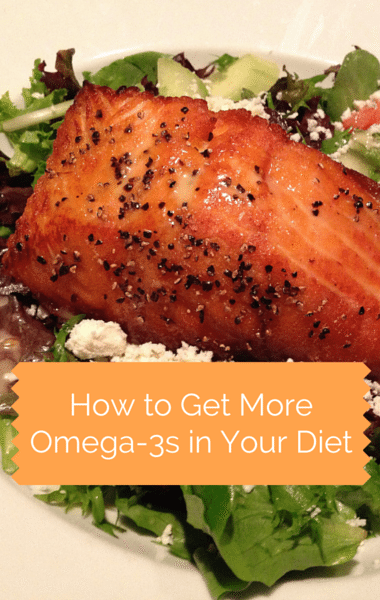 Dr Oz spoke with Salt-N-Pepa about life on the road and their diets, including how why it’s important to get more omega-3s. (neeta_lind / Flickr)

Dr Oz: The Importance Of Omega-3s

They both discussed that while they’re trying to eat healthier, it’s a lot harder when they’re on the road. One of the many problems their diets caused them to face is a lack of omega-3s. They admitted that all they really knew was that they were good for you, while Dr Oz explained that our bodies need omega-3s to fight inflammation and to help with joint pain, dry skin, and heart health.

They had never had their omega-3s looked at, which got Dr Oz really excited. With a simple blood test, Dr Oz was able to look at their omega-3 levels, explaining that ideally they should be more than 8. For Cheryl, her number was 10.2, which was fantastic! She explained that she eats a lot of salmon and takes omega-3 pills every day. For Sandra, her number was 4.9 which is low.

Dr Oz revealed that the average American actually has levels similar to Sandra with many having levels even lower. Most of the body’s inflammation can be addressed by taking omega-3s. Dr Oz then showed the three major food sources omega-3s: fatty fish like salmon or mackerel, leafy greens like spinach, kale, or Brussels sprouts, and nuts and seeds like walnuts.

Because Salt-N-Pepa are working on a cookbook, Dr Oz challenged them to put together a dish full of omega-3 loaded ingredients. Cheryl was given salmon and turned it into Orange-Glazed Salmon with Olive Quinoa. You can find that recipe on the next page.