Dr Oz was learning more about dangerous chemicals found in fast food wrappers. Investigative reporter Elisabeth Leamy and Dr Nicole Avena joined Dr Oz to aid in the discussion and to reveal what happened when they looked closely at wrappers from 27 different fast food restaurants. Seven different research institutions participated in the study and the results were published in a journal called Environmental Science and Technology Letters.

Dr Oz revealed the results of the their testing. 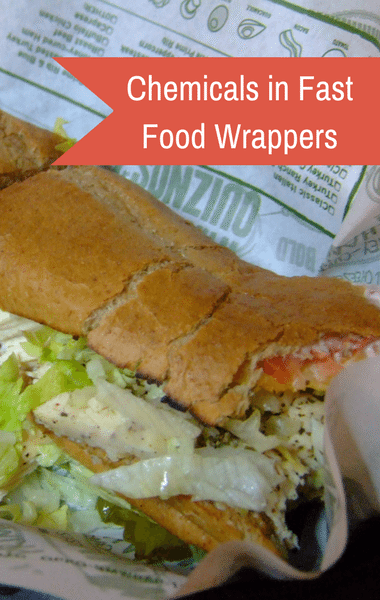 Could there be dangerous chemicals lurking in your favorite fast food restaurant’s packaging? Dr Oz revealed the results of a large study. (johnseb / Flickr)

Five Guy’s vs Quiznos vs Jimmy John’s: Which Fast Food Packaging is Most Dangerous?

Researchers made a point to say that they may have found more examples of chemicals at those restaurants because they tested more samples from them. They also warned that because a restaurant isn’t on their list, doesn’t mean they don’t use chemicals in their products. They simply didn’t test every restaurant.

Elisabeth Leamy added that fast food companies should be aware of the potential dangers in their packaging because the dangers have been understood for at least a decade now. Fortunately, some companies have switched to other kinds of chemical coatings. The problem is that the coatings are so new we’re not sure if they’re any safer.

The Food Service Packaging Institute has stated that this study is “no cause for alarm.”

Lynn Dyer from the Food Service Packaging Institute joined the show. She explained that any sort of food packaging they look at has already undergone “rigorous scrutiny” by the Food and Drug Administration. She added that the packaging is tested before it’s even submitted to the FDA and at that point, the FDA spends up to four months looking at the data before determining whether they’re safe.

She also pointed out that there are two different kinds of “subsets” of the chemicals they were discussing. She agreed that some of them are banned, but some of them have been approved and deemed safe by the FDA. According to Dyer, the chemicals found in the study are the ones that have been approved by the FDA. She also pointed out that six out of 407 samples found PFOA but those were banned in 2016 and the study was done in 2014 and 2015.

Dyer acknowledged that research continues to find packaging that is safe for the marketplace today and developments will continue to be made. Dyer was glad that the research brought attention to a subject that people should pay attention to and said it’s important for true information to put out there for consumers to know that the products they’re using are being tested to ensure safety.

Dr Oz then asked his audience if any of them would change their fast food habits based on what they learned today. More than half of them raised their hands. Dyer explained that as long as the FDA says the packaging they use is safe, they will continue to be used.