Dr Oz and his team were working hard to get to the bottom of rumors that fast food chicken may not actually be chicken after all. Dr Oz’s medical team, along with Larry Olmsted, the author of “Real Food/Fake Food” collected samples of chicken from fast food chains in the United States to find out for themselves whether the chicken millions of people were eating each day was the real thing.  How does Subway’s chicken compare to Burger King, Chick-Fil-A (my personal favorite!), McDonalds, Wendy’s, Starbucks, KFC, Quiznos and Blimpie?

Dr Oz tested chicken from these nine popular fast food restaurants, including Subway, at a certified food lab. DNA testing was done to check for chicken and soy DNA. In every single sample, no soy was found, but chicken was. An additional test found also found no soy. 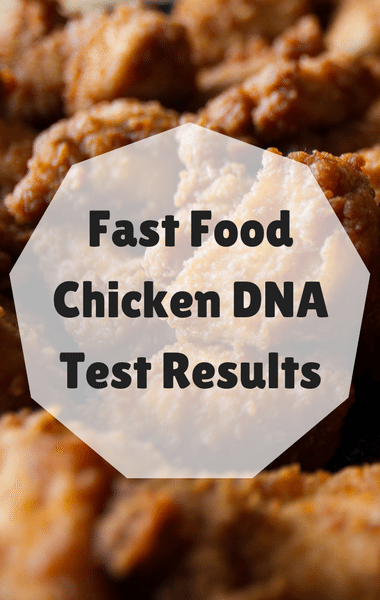 What did Dr Oz find when he conducted DNA tests on chicken from nine popular fast food chains? Find out! (waltstoneburner / Flickr)

Dr Oz then sat down with Dave Theno from Subway to clarify what was written by the Canadian Broadcast Company, CBC, about their findings when they tested fast food chicken. CBC acknowledged that DNA tests don’t reveal the exact percentage of what chicken versus soy is in the product tested.

Dave expressed that he wasn’t the least bit surprised by Dr Oz’s findings, saying they were exactly what he would expect. He also made it clear that they’ve been up-front with CBC about their formula because they’re “all about” being transparent about what they’re doing and what’s in their product.

Dr Oz also made a point to say that, according to his findings, the reports about Subway selling a product that is only half chicken, doesn’t seem to be factual. The reality is that there are, according to Dr Oz, “layers of red tape” that often keep companies from talking directly to the public. He hopes that more companies would come forward to not only defend themselves but explain what happened.

“We started this Food Truth Series because we believe strongly that you all at home have the right to know the truth about your food,” Dr Oz stated. “We will only get there if food suppliers, like Subway and other great outlets, and consumers can speak openly and directly to each other and that’s, my friends, what happened here today.”