Dr Oz has been taking a closer look at commonly bought and enjoyed foods, to reveal the truth about what you’re eating, in his Food Truth Series. For this segment, he wanted to take a look at concerns over hidden ingredients in imported shrimp. Imported shrimp accounts for more than 90% of the shrimp we eat, and Mark Schatzker reported that the average American eats more than 4 pounds of it per year. 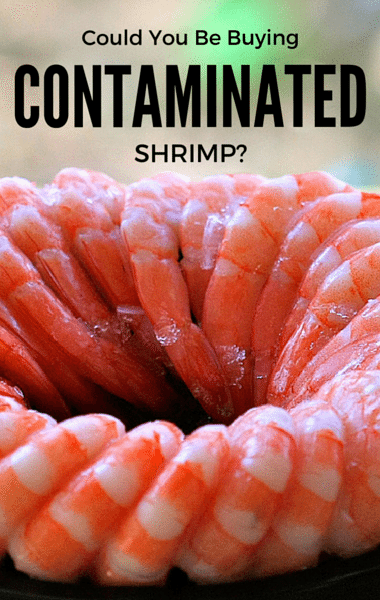 Dr Oz took a closer look at imported shrimp reportedly contaminated with harmful chemicals, and how you can be sure you’re making the healthiest choices. (erikstarck / Flickr)

The main reason for the issues are the dirty conditions in which farmed shrimp can be raised. Mark set out on a shrimping boat to find out exactly how shrimp should be caught. He traveled to Louisiana to meet with a 3rd generation shrimper who farms shrimp right out of the ocean. He can catch as much as 5,000 pounds of shrimp in a day, and as little as 200-300 pounds. That day, Mark took part in shrimping for white shrimp, which are typically larger and sweeter.

Once the shrimp are caught, they are weighed, boxed up, and stored in a freezer at 40 below to keep it fresh.

While the shrimp that was caught in the ocean off Louisiana was clearly free of antibiotics and chemicals, it’s hard to tell just how much is coming in the shrimp from overseas. Mark explained that less than 4% of imported shrimp is inspected.

When it comes to cooking shrimp, the key is to avoid over-cooking, using high heat for a short amount of time. Just 30 seconds on both sides in olive oil over high heat and you should be good to go! Mark was able to enjoy shrimp just as it should be eaten, and he could truly tell a difference.

Some of the imported shrimp we eat comes from Mexico, but most comes from Southeast Asia and countries like Thailand, Malaysia, and Vietnam. As for why people don’t just always buy locally-sourced shrimp, Mark said it’s likely because they just don’t know any better.

To further explain where imported shrimp comes from, Dr Oz used a computer-generated graphic. The shrimp is grown in a large vat on a shrimp farm or pond. Thousands of shrimp hatch-lings are put into the water. Because infections and waste get into the shrimp, antibiotics and chemicals are used to clean the shrimp. That shrimp is then sent to a processing plant where it is handled and packaged before being shipped off the U.S.

Because the FDA would have to look at millions and millions of pounds of shrimp, it’s actually not too surprising that they only inspect a small amount. When asked about it, they gave a statement saying they use a system to determine the riskiest foods and test a greater percentage of seafood compared to any other type of other imported food. Recently, the FDA found a shipment of shrimp from Malaysia was tainted with an anti-microbial so they put an alert on. Mark stated that they’re doing their job, it’s just hard for them to catch everything, which is why everyone needs to be more conscious about the shrimp they buy.

Would you know what to look for to be sure you’re getting the freshest, tastiest shrimp available? Mark visited Tommy’s Seafood in Louisiana to find out. He was told to look for Louisiana wild-caught shrimp for the absolute best product because they likely came out of the water less than 24 hours ago. If you don’t live in Louisiana, look for fresh frozen Louisiana or gulf-caught shrimp. Look at the package of frozen shrimp and notice whether it’s farm raised or wild caught, as well as where it comes from. Try looking on lower back of the package.

There is such thing as good farmed shrimp, and that’s shrimp that is farmed and produced in the United States. It’s almost as good wild-caught shrimp and is farmed in recirculating self-contained systems which means it’s energy efficient and environmentally friendly. You may be looking for the lowest quality price, but you could be paying the ultimate price when it comes to your health.

To ensure your shrimp is safe to eat, make sure your fresh shrimp is firm, in their shells and not slimy. If you see small spots on the shrimp, it means it’s starting to degrade and you don’t want that. You also don’t want yellow or green shells because that’s usually the result of a cleaner. Finally, make sure the shrimp smells like the ocean!