Until the 1950’s butter and lard were the go-to American cooking fats. But then came a study that compared heart disease and fat consumption in seven countries. The study looked at saturated animal-based fats found in butter, claiming they raised cholesterol and, as a result, caused heart attacks. The study also praised the health benefits of plant-based oils like corn and soy, which are used in margarine. It didn’t take long for margarine and vegetable oil to become America’s main cooking fats. Both were embraced and endorsed by both the American Heart Association and the USDA as heart-healthy prevention.

But yet in the U.S., rates heart disease continued to climb and is still the number one killer of both women and men. Now, research from decades ago is making headlines and challenging the science of The Seven Countries Study that switched us from saturated fats, from butter to vegetable oils. So how can you know what’s truly best for you? 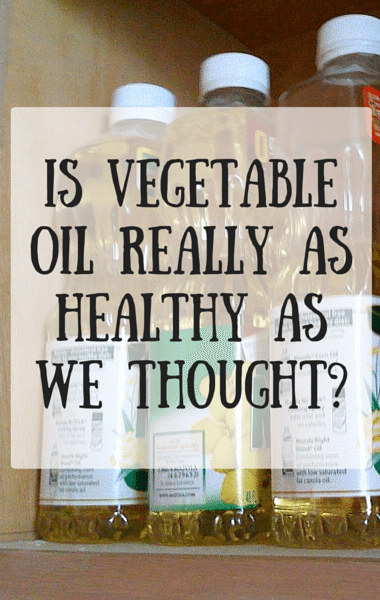 Dr Mark Hyman joined Dr Oz and shared that just a day before he actually had breakfast with the researcher who came across data that was buried in the basement. It was never published because it contradicted the idea that saturated fats are bad and oil is good. It also contradicts the idea that lowering cholesterol prevents heart attacks. The study was done on 9,000 people who were institutionalized. One group was given corn oil and the other group was given butter, and then watched what happened over time.

Those who were given corn oil which is full of omega-6 fats, actually had more heart attacks and death. They had lower LDL cholesterol and still had heart attacks. It completely contradicted the Seven Countries Study, which is why the researcher believed his study must have been wrong and buried it in the basement.

Dr Oz: How Vegetable Oil Is Made

Mark explained that over a period of years, we’ve been increasing our vegetable oil consumption to billions of pounds a year. That leads to a huge consumption of omega-6’s and not enough omega-3’s. He believes that imbalance is driving a lot of health issues.

Vegetable oil is typically a combination of soybean oil and corn oil. But there’s actually a variety of vegetable oils. To make those oil, the seeds from those plants are cleaned then ground in heat, before being pressed between magnets to get rid of trace metals. Then they are are run through harsh solvents before being boiled to remove any traces of the solvents. The oil is then extracted and refined with heat and sodium hydroxide or sodium carbonate which makes a soap. It’s centrifuged to wash and remove the soap, before being bleached and deodorized to then finally take its place on your grocery store shelf.

Mark Hyman then stated very clearly that so many people think vegetable oil is natural, when it’s actually a highly processed industrial food product. An even bigger problem is that it’s used in so many things that people often don’t realize they could be consuming large amounts of it each day. That can lead to inflammation, heart disease, and diabetes.

Dr Oz: How Much Vegetable Oil Are You Really Consuming?

To put into perspective exactly what Mark was saying, they looked at a typical daily diet. If you eat granola for breakfast, there’s likely vegetable oil in it. Non-dairy creamer has oil in it, as well as a protein bar. Croutons and salad dressing can have vegetable oil as well as popcorn. If you have a frozen diet dinner with soy ice cream for dessert, both of those contain oil as well. A diet just like that can have as much as 10 teaspoons of vegetable oil, which is twice the amount you’re supposed to have in one day, and that’s without even cooking with actual oil itself.

Mark stated that using oil to cook is okay in moderation and the oils in whole foods are fine as well. But you should know what you’re putting in your body and avoid oils added to products by food companies.

So what oils should you be eating instead? For high-heat cooking, Mark Hyman recommended avocado oil. If you want to grill veggies, give it a try because it can actually reduce inflammation. For baking, instead of vegetable oil or shortening, try coconut oil. Just be sure to melt it first, but use it just like you would vegetable oil. Third, for salad dressing, reach for olive oil. Olive oil can help reduce your risk of heart attack and heart disease, and is great on vegetables too. Just be sure you’re getting real olive oil, or you could be causing yourself more harm.