Dr. Oz has been talking about the recent letter sent by 10 doctors to Columbia University Medical School, where Dr. Oz has been a faculty member for 20 years, which called for his removal and why it might happen now. In the letter, his critics specifically mentioned his stance on GMOs and wanting more accurate labeling of GMO foods.

Dr. Oz said there was a bill introduced in Congress a month ago called the Safe and Accurate Food Labeling Act. But critics have dubbed it the DARK Act. Dark stands for Deny Americans the Right to Know.

The sponsor of the bill claims that GMO foods are safe and healthy, which Dr. Oz clarified is very possible, we just don’t know for sure sometimes. But what he takes issue with is that the bill says that GMO labeling is not needed. The bill specifically makes mandatory labeling of GMOs virtually impossible. 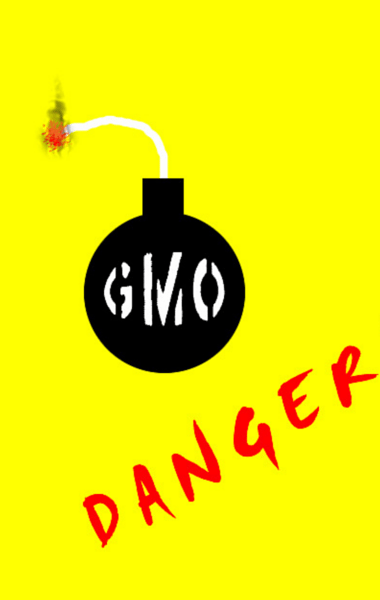 Dr. Oz talked about the dangers of the DARK act, a bill in Congress that would prevent labeling of foods containing GMOs. He also talked about glyphosate. (mullica / flickr)

Dr. Oz talked to Scott Faber, vice president of Environmental Working Group, who called this a “radical proposal.” He said that more than 90 percent of Americans want to know whether their food contains GMOs. He said this would block all of the state laws on GMO labeling and make it virtually impossible for the FDA to mandate GMO labeling.

“It’s radical for the Congress to say, ‘We don’t trust you to make those choices,'” he said.

He said right now, states play a big role in food labeling when it comes to things like Sell By dates and Use By dates and grading butter and maple syrup.

Dr. Oz got a statement from the Organic Consumer Association, which called this “not only anti-consumer, but anti-democracy and anti-state’s rights as well.” He said other organizations against this bill include Food and Water Watch, the Center for Good Safety, Consumer Union, National Organic Coalition, and the Environmental Working Group.

Dr. Oz said that the reason big industry cares about blocking GMO labeling is because it allows them to use a powerful herbicide called glyphosate, which is a product Dr. Oz has talked about before. Less than a week before this bill was introduced, the World Health Organization said that glyphosate was “probably carcinogenic to humans.” In April 2015, 30,000 doctors in Argentina demanded that glyphosate be prohibited and asked their leaders to focus on technologies that do not endanger human life.

Earlier this season, Dr. Oz started a petition asking the White House not to approve Enlist Duo, a super pesticide that contains glyphosate. 100,000 signatures is all that’s needed to get the call to action on the president’s desk. Dr. Oz was able to get 150,000 signatures.

Dr. Oz wondered if 90 percent of Americans want GMO foods labeled, why don’t big food companies or the government get it? Scott said that some food companies want to use food packaging to tell you things they want to tell you, not necessarily what you want to know. He said these companies are making the same argument today against GMO labeling that they made a generation ago against nutritional fact panels. They argue that adding these labels will somehow raise the cost of food.

“The real issue is that food companies don’t want to share that real estate and allow us basic information about what’s in our food and how it’s grown,” Scott said.

He also noted that some big food companies are really trying to get this passed. $86 million has been spent lobbying Congress to support the DARK Act, on top of $100 million they’ve spent to defeat state GMO labeling laws.