For years, Dr Oz has touted the benefits of nuts, even making a point to include them in several of his diet plans. Dr Oz explained that the snack food he eats every day is under attack, which is why he did this show on The Great Nut Debate. Dietitians have spoken out against nuts and now the government has called them unhealthy. Naturally, Dr Oz sent his go-to investigative food reporter Mark Schatzker to find out what was going on in the war against nuts. 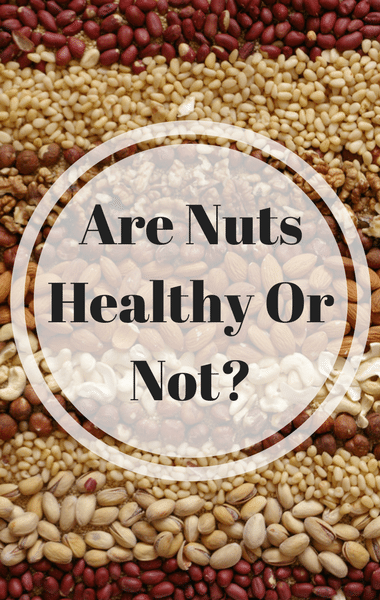 There’s a debate going on over whether nuts are truly as good for your s once thought and Dr Oz brought in people to weigh in on both sides of the controversy. ([email protected] / Flickr)

Mark explained that according to dietitians, nuts are too high in calories. Paleo blogs claim nuts are bad for us and in 2010 the FDA sent a warning letter to a company called Diamond Foods for saying every time you eat a few walnuts “you’re doing your body a big favor.”

According to Diamond Foods, that favor was that all the omega-3s in their walnuts could lower your cholesterol. What Mark found to be particularly odd was that according to the FDA, Diamond Foods was promoting their walnuts as drugs by making that statement. In the warning letter, the FDA wrote “the labeling for these drugs fails to bare adequate instructions for use.”

Do we really need instructions to eat nuts?

Well then in 2015, the FDA sent another warning letter to the makers of KIND Bar. The founder of the company explained that the FDA advised them that they had to remove the word “healthy” from the back of their wrappers. The FDA claimed the term “healthy” was “inappropriate” because nuts are high in saturated fat. The company decided they didn’t agree with those claims and went back to the FDA to provide “guidance” and to explain, with data, that their product actually was healthy.

According to Mark, the reality is that nuts are:

“The more scientists study them,” Mark stated. “The healthier they seem to be. This war on nuts, is nuts, so let’s end it!”

Mark Schatzker then joined Dr Oz to defend nuts, but to present both sides of the debate, Dr Oz also welcomed nutritionist and paleo-enthusiast Kellyann Petrucci. Dr Oz wanted to take on the debate one issue at a time, beginning with rumors that nuts can cause you to gain weight.

Kellyann argued that while nuts are a great part of a healthy diet, she would be hesitant to call them a health food. She expressed the frustration of her patients who come in unable to lose weight and it turns out nuts are to blame. According to Kellyann, it’s super easy to overeat nuts and that’s when it becomes a problem. It turns out that the average serving size for nuts is an ounce which is just an open handful-worth.

On the other hand, Mark explained that the Harvard Nurse’s Health Study looked at the issue of whether nuts cause weight gain and they found that eating nuts was actually associated with weight loss, not weight gain. Scientists have done more research and found that we’ve been over-estimating the calories in nuts by about 32%.

Kellyann acknowledged what Mark had to say but said that for her, the bottom line is that when she takes nuts out of her patients’ diets, they see results. However, Dr Oz wanted to explore the idea that the way we’ve been calculating calories could actually be flawed.

Are We Calculating Calories Wrong?

Scientists have been using the same formula for years to calculate calorie load in food. Scientists know how many carbs, fats, and proteins you have and mathematically calculate the number of calories in food. That math could say that a potato chip and an almond have the exact same number of calories. However, the study argues that there’s a big mistake being made by not accounting for the large difference between a potato chip and an almond, just as an example.

To explain further, Dr Oz added that in foods, fat is stored in cells surrounded by a wall (fiber). When you eat a potato chip, it easily falls apart and goes right into the bloodstream because there’s nothing holding the fat in a specific space. However, the cellular walls of an almond are stronger and less processed. That means potentially 32% of the calories from a snack like almonds are bypassing our bloodstream.

How Do You Digest Almonds?

Dr Oz and Mark explained that when scientists looked under a microscope at the poop of people who had eaten nuts, they found that cell walls were still intact. That means the fat is going right through them and not all the calories are getting into the body. However, you have to stick with raw nuts because the processed ones break down differently in the body. Kellyann still encourages everyone to stick to a smaller amount and not over-indulge.

She also wanted to make a point about nuts and inflammation.

Do Nuts Cause Inflammation?

According to Kellyann, nuts cause inflammation. Kellyann argued that nuts have too many omega-6s. The problem is that there has to be a ratio of omega-6s to omega-3s. When there’s too many omega-6s and not enough omega-3s, it causes inflammation. Mark agreed that there’s an issue in our diet of too many omega-6s and not enough omega-3s but he believes the amount you’re getting in nuts isn’t actually that high. Instead, we tend to get way more omega-6s from things like processed food, corn oil, or safflower oil. However, walnuts have a high number of omega-3s, so it all depends on the nuts you eat. Kellyann argued, once again, that we shouldn’t call nuts a health food.

“It’s not the villain you think it is,” Mark stated. “I don’t think we should go after nuts. I think that would be the mistake.”

Dr Oz ended the segment by saying that based on pricing alone, walnuts and pistachios give you the most bang for your buck. They’re cheaper, walnuts have a lot of omega-3s, and pistachios are low in calories and high in potassium and vitamins.