Dr Oz played a game called Name That Cancer Fighting Food, which is Doctor Oz’s version of the game called Name That Tune.  What a wonderful way to teach everyone about some of the top Cancer Fighting Foods like tomatoes, cauliflower and spinach.  Dr Oz said that the good news is that some foods can significantly lower your risk of cancer – so we may as well be eating lots of these!  Two lifelong friends from Dr Oz’s audience played this game – Denise and Crystal.

Dr Oz’s clues for tomatoes were that it is native to South America, rich in lycopene which is great for fighting cancer 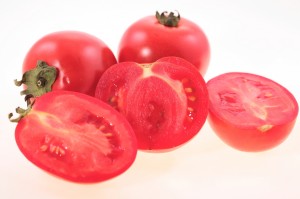 like Cervical Cancer, it comes in yellow and red varieties, the French believe it has aphrodisiac properties and call them “Love Apples,” and there is often a confusion over whether they are a fruit of a vegetable.  Dr Oz has mentioned before that to get the most cancer fighting properties out of tomatoes, you should cook them first.

Dr Oz’s clues for cauliflower included: this member of the cabbage family has shown to reduce Colon Cancer in mice, comes in light green and purple, one serving has 100% of the vitamin C that you need each day, and the food takes on the appearance of a tree.

Dr Oz’s clues for spinach included: it is rich in Folate (a B-Complex Vitamin that protects against Cancer), it is one of the most nutrient rich of all foods, some people are genetically disposed to dislike the bitter taste of the vegetable, and it gave strength to a famous cartoon character.

Dr Oz gave the winner of the game a $500 gift certificate to Stew Leonards.