Dr Oz welcomed the host of Brain Games Jason Silva, who first challenged Dr Oz to follow a car as it made its way to Buckingham Palace. Would Dr Oz be able to remember all the directions and street names that were given along the way? Incredibly, Dr Oz got the first two right, before he could only remember the directions but not the street names. He certainly did a lot better than most people would!

Dr Oz then explained that the reason he wanted to bring Jason on the show wasn’t just to play some fun brain games, but also to talk about the debate in the medical community over whether brain games can really prevent things like dementia. Jason acknowledged that there are opinions on both sides, and stated that any time you challenge your brain, it seems to be a goof thing because it forces you to make new neural connections. 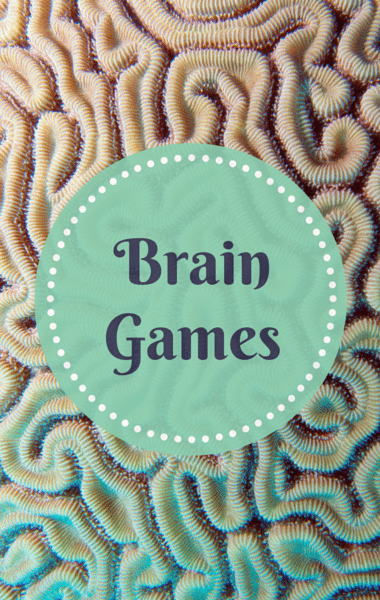 Dr Oz and Jason then welcomed two families who were going to go head-to-head in a brain game challenge. First, they were going to do the “false memory recall” in which Jason showed a list of words on the screen one at a time. The families were asked to recall those words as best they could. Afterward, Jason would show a grid of a bunch of words and have them determine which words were not on the original list.

When they got to the grid, both families were quick to notice words that were thematically unrelated to words on the wrist. The confusion came when they had to determine whether the other thematically related words were actually on the original list. Jason explained that your brain basically pulls a shortcut because of that connection, making you remember words that were never really there.

Next, they played One-Word Memory Pit which is a word association game. Jason showed three words on the big screen and asked the families to come up with another word to add to each of those three words to change their meaning. He pulled up the words print, berry, and bird and I immediately thought of the word “blue” as did seemingly everyone else.

Dr Oz: Can You Really Multi-Task

Jason showed viewers an image that appeared to be moving, although it wasn’t. He explained that because of the brain stem, tiny involuntary eye movements constantly take in the world around you, which causes you to see motion where there isn’t any, in images like the one he showed.

Because some people believe they can effectively multi-task, Jason conducted a little experiment to show what happens when we try. He took over a beach shop and recruited three different people of three different ages. The three volunteers were to help rent out towels and sunblock. They were challenged to sell towels in three colors and three kinds of stripes, as well as sunscreen, orange towels, and beach balls. Everything is a different price.

The winner was the 20-year-old, and Jason explained 20 to 30-year-old’s tend to be better at those type of challenges. They seem to be able to hold more items at once in their working memory. To make things easier, Jason suggested keeping little notes around to trigger reminders. It’s called time-sharing and it means switching rapidly from one task to the next in order to get more done.