Dr. Oz welcomed Dr. Sanjay Gupta to his show, who cleared up some confusing health headlines. The first was a so-called “superbug” in California, which is capable of killing up to half the patients who contract them. Seven patients have been diagnosed at the UCLA Medical Center in Los Angeles. Two have already died. More than 170 have been exposed. In North Carolina, the same bug has killed two other people. 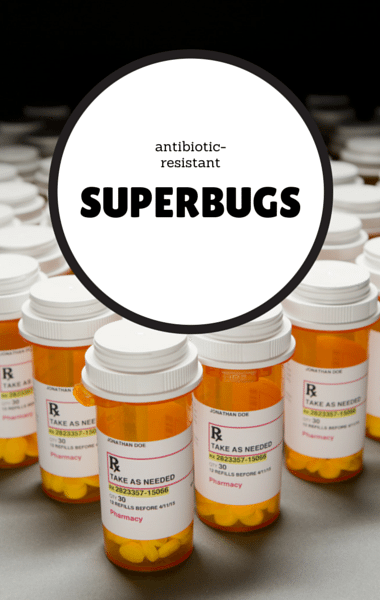 The superbug was spread by a type of endosope used to treat disease of the liver, pancreas, and bile ducts. This outbreak raises concerns about antibiotic-resistant superbugs and the safety of endoscopies.

Dr. Gupta said thousands of these procedures are done every year, so the average person doesn’t need to worry about this. The larger concern is bacteria that has become resistant to antibiotics.

These superbugs were created by society. Every time doctors prescribe antibiotics that are unnecessary or people don’t take the full course of antibiotics, these kinds of organisms can develop.

The real concern, however, is what happens in 10 years when we run out of antibiotics to treat these resistant bacteria. Dr. Oz said that there are countries that say antibiotic-resistant bacteria is a bigger threat than terrorism.

In California, the superbug was spread by a scope. This was because they didn’t clean their equipment properly. According to Dr. Gupta, they used a toothbrush to clean the end of the scope, which is an inefficient tool to get behind the mechanisms.

Dr. Oz explained that if superbacteria continues to develop and we’re unable to use antibiotics, we’ll be extremely vulnerable to basic infections.

In the good news department, a new study found that just 10 minutes of strenuous exercise twice a week can lower a woman’s risk of heart disease. Dr. Gupta said this study was of over a million women. The study found more is not necessarily better.

Dr. Gupta also talked about new dietary guidelines. The new recommendations say that dietary cholesterol isn’t as big a deal as we thought. You can’t get enough cholesterol from your diet to make a big difference. We make 85 percent of our cholesterol. So you can now have whole eggs in the morning instead of egg whites.

For the first time, they’re also proposing strict limits on sugar. The old rule was that it was okay for 15 percent of your calories to come from sugar or fat. The new limits say no more than 10 percent of your calories can come from sugar or fat, about 12 teaspoons. This is particularly tricky because sugar is in a lot of different foods you don’t think about, including sauces and breads. Cutting down on sugar can cut down heart disease, obesity, and diabetes rates in this country.

The new recommendation says that up to five cups of coffee is okay for health. Coffee does have a lot of benefits, including antioxidants. It can lower risk of heart disease and stroke, as well as lower cholesterol. You don’t have to drink five cups of coffee, but you can if you want to.

Dr. Gupta also clarified that the measles vaccine is safe. Decades of data tells us there’s a 1 in a million chance of an adverse reaction such as an allergic reaction. For the record, Dr. Gupta definitively said vaccines do not cause autism.

Measles is a serious infection that can cause a number of significant problems, which is why the vaccine so important. If you were born after 1959, the vaccine you received as a child should provide pretty good protection. The effectiveness will wear down after a while, which used to not be a problem. If you go to a country where measles is spreading or if measles comes to your neighborhood, you can get tested to see how protected you still are and get a booster shot if needed.