Dr. Oz talked to Bill Gifford, a journalist who spent a year investigating what works and what doesn’t when it comes to aging for his new book Spring Chicken. He said he started researching it when he hit his 40s because he started to feel differently. He wanted to know more about aging and how to prevent it.

The most surprising thing he found was that scientists have found longevity pathways in our genome and they’re trying to unlock those. At the same time, there’s a bunch of diets and supplements out there that claim to help with aging that have no scientific merit. 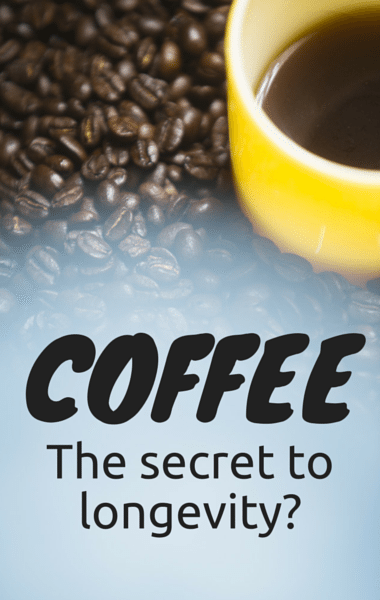 Dr. Oz talked about several anti-aging products out there, including drinking coffee to prevent cancer. (9387388673 / Shutterstock.com)

The first tip Bill had was not to try Resveratrol Pills. Resveratrol is found in red wine and people make a supplement from that they say will help you live longer and healthier. The truth is, it doesn’t work.

Bill Gifford said that in the lab and in mice, it appears to work well. But when humans take it, only about 1 percent of it gets into the body. They need to do more testing on humans to prove whether this actually helps us.

Red wine is still good for us because there’s plenty of other things in there that are good.

Bill Gifford said that coffee is good for you. In 2012, a study found the more coffee you drink, the more protected you are against mortality.

Dr. Oz said that six cups of coffee might cause other problems for folks, but the fact is coffee helps with cancer.

Hormone therapy is often prescribed for aging, both estrogen and testosterone. Bill says these anti-agers don’t work. Hormones decline as you get older. Bill said putting hormones back doesn’t help us as much as you’d think it would. As we age, our cells fundamentally change.

Bill said that studies show that women on long term hormone therapy had more heart attacks, breast cancer, and stroke. When they went off the hormones, these rates went down.

Hormone therapy is still effective for relief of symptoms for women on menopause, but only for short periods, about three to five years. Even then, it’s only for women under 60. Dr. Oz joked that if you’re going through menopause at 60, you’re doing pretty great already.