Dr. Oz talked about the disturbing link between sleep aids and anxiety medication to Alzheimer’s Disease. Benzodiazepines are used for a number of conditions, but they’ve been grabbing headlines recently for side effects including addiction, dizziness, confusion, and memory loss. A new study shows benzos are linked to Alzheimer’s. People with Alzheimer’s are 50 percent more likely to have taken benzos. The longer people took benzos, the greater their risk. 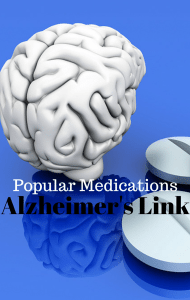 Alzheimer’s is skyrocketing worldwide, and with 50 percent of older people currently using this medication, it’s time to ask some hard questions about this disturbing issue.

100 million benzos are prescribed per year. Prescription rates are growing at 12.5% every year on top of that. Twice as many women as men take the pills.

If you’re not concerned, here’s a partial list of benzodiazepines: Valium, Xanax, Klonopin, and Ativan. These are drugs we’ve heard of and that people we know are on. Dr. Oz talked to expert Dr. Gayatri Devi, who said this is a very concerning study. She also said people in the field are aware these drugs suppress memory and cause memory dysfunction.

There have been other studies in the past that have shown a link between Alzheimer’s and benzos, but this is the largest study that’s shown a vital link to Alzheimer’s with chronic use of benzodiazepines, which is taking them for more than three months.

Dr. Oz: Why Do Benzodiazepines Cause Alzheimer’s?

These medications are designed to depress the central nervous system and cause the brain to function a little bit slower. They’re used often for treating anxiety and depression and things like that. But they don’t actually treat the anxiety. They treat the symptoms of the anxiety.

This means that long-term use of the drugs numb the brain and numb the parts of the brain responsible for memory. That’s the same area of the brain where Alzheimer’s develops.

Dr. Devi said people should know if they’re taking these drugs for a significant amount of time, there’s a high risk of becoming dependent on the drugs to sleep and to function. That’s not okay. These should be used for a week or a couple days, not for a month or two months or three months. If you need it for more than a month, make sure to do it under good medical supervision.