Four years ago, Today Show investigative correspondent Jeff Rossen revealed that some of the nation’s biggest stores were reselling used underwear. Jeff went back to those same stores to see if anything had changed. He prepared a segment for The Today Show with his shocking findings, which Dr. Oz also aired on his show. 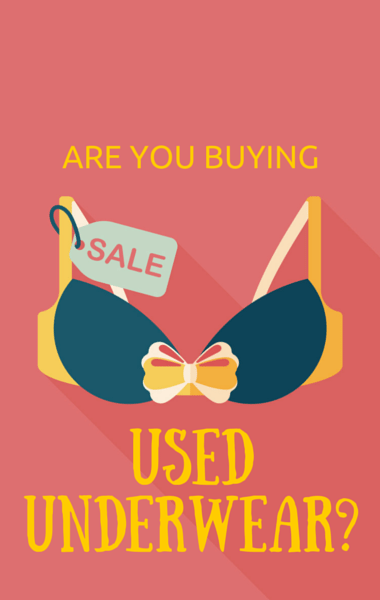 Dr. Oz talked to reporter Jeff Rossen about his shocking special report that showed some of the nation’s biggest stores are reselling used underwear. (eatcute / Shutterstock.com)

When his team did their story four years ago, the stores said they were going to “re-educate their staffs.” Did anything really change? Jeff Rossen’s team shopped for underwear at some of the country’s biggest retailers, at those same chains.

What they did was buy the underwear, rip off the tags, and add two little black dots right on the label. That’s how they were able to tell which ones were theirs. Four big chains came out clean by Jeff Rossen’s test. At one of them, the used underwear was taken to a back room, never to be seen again.

At one well-known lingerie chain, two pairs of underwear were taken back by Jeff’s team. The sales clerk tossed them behind her. It didn’t take long for those pairs of underwear to end up back on the shelves for sale as new. At another place, they watched the saleswoman put on new tags. The saleswoman assured Jeff’s producer that this never happens. She said if they can tell it’s been used, they won’t sell it.

At one of the nation’s big box stores, the sales clerk stapled new tags on right in front of Jeff’s team. That  means the sales clerk was doing it right in front of the person who was returning the underwear. This store admitted their results were unacceptable in a statement to NBC News and the well-known lingerie store said that what happened was a “clear violation” of their policy. All three of the stores that sold used underwear promised to re-educate their staffs. Of course, Jeff Rossen’s team had heard that before.

In the studio, Jeff Rossen told Dr. Oz he was shocked he found stores still reselling underwear. Jeff said that the staff of these stores should know that there’s a definite gross factor to reselling used underwear. But his report showed that doesn’t seem to be the case.

It may seem unusual for people to return underwear, but it does happen. That means when you buy underwear, you might be buying used underwear.

One woman in the audience said she was appalled. Another woman said she’s going to be very careful when purchasing lingerie.

Jeff Rossen said there’s no way to tell if you’re buying used underwear, because they do a good job of retagging them. With bathing suits, make sure the protective linger on the bikini bottom is still there. If it’s been torn off, bring it to the attention of the store manager.

Dr. Oz said this whole thing is concerning because fecal matter and e. coli get down there. This can cause urinary tract infections or worse.

Jeff Rossen said people should wash anything they buy before wearing it. It could be jeans, hats, t-shirts, or anything else.

He also said that you’re probably safe if you buy repackaged underwear from the factory. That’s how you know it’s sealed and safe. But no matter what you do, make sure to always wash first before using it.

Dr. Oz said that sometimes stores sell prepackaged underwear with the bags torn open at a discount. Is this safe? Jeff Rossen responded by asking, “Where are you shopping?”

I’m going to go ahead and translate that as “Don’t buy open bags of prepackaged underwear.” That seems like bad news.