Dr. Oz: Messages From the Afterlife

Dr. Oz talked about messages that appear to be sent from beyond the grave. He told the story of a woman and her baby who were in a car crash. The vehicle fell into a river and the mother was believed to have died on impact, but when the car was spotted 14 hours later, first responders heard a woman’s voice inside the car screaming for help. When they finally got the vehicle open, only the baby was alive. 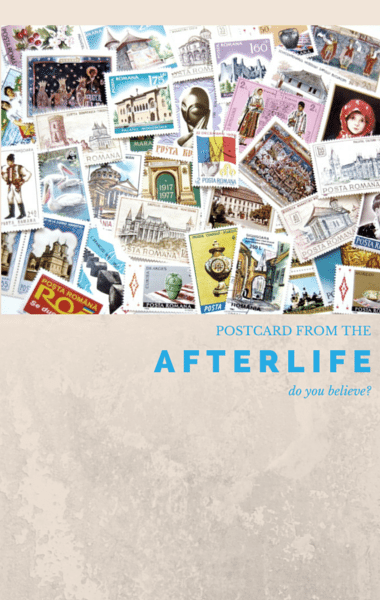 Dr. Oz talked to a boy who received a postcard from his dad who died two years ago and examined whether spirits can communicate to us from beyond the grave. (klmircea / flickr)

None of the officers can explain the voices they heard. They all heard the same voice. The baby was rushed to the hospital and ultimately survived.

Dr. Oz talked to Rebecca Rosen, a spiritual expert, who said that to her, it seemed clear the spirit of the mother stayed to help protect her child.

Rebecca Rosen said we all have the ability to tap into spirit energies. She said we need to suspend disbelief and open ourselves up to receive spirit communication.

Dr. Oz: Boy Receives Postcard From Dad After His Death

Next, Dr. Oz talked about a story of a father named Joseph who sent a number of postcards to his 2-year-old son Rowan during a cross-country trip. As he passed through each state, he sent a postcard so his son would know he was thinking about him. But later, Rowan’s dad was diagnosed with a rare brain disease that left him fighting for his life. Joseph died before he was able to say goodbye to his son.

But two years after his father’s death, Rowan received a postcard from his dad. It was dated 2007, nearly eight years ago. In it, Joseph said he loved Rowan and he missed him.

Rowan and his mother Julia joined Dr. Oz in the studio. Rowan said that when he got the postcard, he was surprised and very happy. It made him feel like his father was there.

Dr. Oz: Are Spirits Communicating With Us?

Rebecca’s book Awaken the Spirit Within is out now in paperback.