Dr. Oz talked about how sometimes, we can remember things differently then they actually happened. He cited the recent Brian Williams controversy, where Brian Williams claimed for years he was in a helicopter shot down overseas, when he was really in the helicopter behind it. The fallout from that has been in the news a lot lately.

Dr. Oz also mentioned the time Mitt Romney claimed to be present for an event that happened nine months before he was born and Hilary Clinton once claimed to have been under sniper fire in Bosnia, only to have the facts later show this wasn’t true. 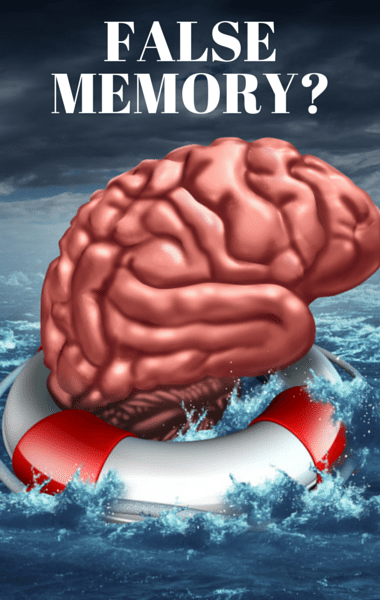 Can you trust your memory? Dr. Oz talked to an expert about how we know whether our memories are real and why you might remembered something that never happened. (Lightspring / Shutterstock.com)

Dr. Oz wondered how often false memories happen to average people. He spoke to psychologist Dr. Christopher Chabris, who said that false memories are real. Memories can change over time and we can sometimes remember things that didn’t happen.

Dr. Oz quoted a Facebook post from Brian Williams, where he said “the fog of memory had crept in over the years”. Dr. Chabris said “fog of memory” is a poetic way of describing what memory researchers call memory distortion. Memories change over time or because we get new information. The more times we tell a story, the more we change it. As we retrieve it, tell it, and remember it again, it starts to become something different than what it was originally.

Dr. Oz explained that when we remember something, it’s not stored all in the same place. It’s stored in three or four places, in fragments of information. Over time, as we recall these events, these fragments get mixed in. Recalling, telling stories, seeing news footage, hearing other people’s accounts of events, and other things may distort our memory, changing the way the story happened in our brain. The distorted memory then begins to feel like the truth.

Is a distorted memory a lie? Dr. Chabris said no, implying a defense of Brian Williams. He said that a lie is something you do when you deliberately try to deceive people. In the case of a false memory, you actually believe it happened that way.

Dr. Oz: Is Memory a Real Depiction of Truth?

Dr. Oz asked his viewers if they trusted their memory and 60 percent said yes. It turns out that two thirds of people believe their memory works like a video camera, accurately recording events. People trust memory more than they should. Dr. Chabris said it’s important to corroborate your memories, especially if you’re telling an important story that might be wrong in significant ways.

Dr. Oz had Dr. Chabris tell a story about Dr. Oz to one member of the audience and then asked that person to start a game of telephone. Dr. Oz wanted to see how much the story changed. Tina was the last person to hear the story. She believed the story was that Dr. Oz was on a cruise and fell in a hole. The real story was that Dr. Oz took a boat ride on a vacation in Turkey when the boat sprung a leak. The Coast Guard rescued them and they put on life vests. That was really different then what Tina heard.

Dr. Oz: Can We Trust Our Memory?

If you’re worried about false memory, Dr. Oz had some tips. Trust your memory, but verify it. Check the facts and ask people who were there to see if your memory is real.