Dr. Oz talked to a woman named Cathy, who has irritable bowel syndrome and has such stomach problems she spends her whole life looking for a bathroom. She gets stomach pains from every meal. Cheese, yogurt, and eggs in particular affect her stomach. She loves ice cream, but she can’t eat that, either. 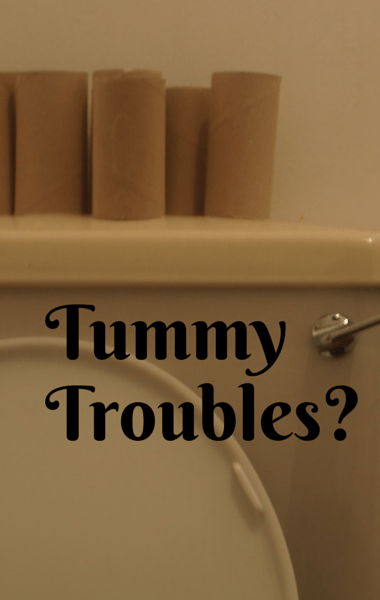 Dr. Oz talked to Cathy, a woman who suffers from irritable bowel syndrome and constant stomach pain and is consistently running to the bathroom. (anuschmidt / Flickr)

She gets diarrhea, gas pains, and sometimes she can’t walk. She’s constantly on the go at her job, which is scary for her because she doesn’t know where there’s a bathroom. One time at a work event, she ate the simple veggie wrap in the hopes it wouldn’t affect her stomach. But she had to go to the bathroom for 20 to 30 minutes, which was really embarrassing.

Cathy is married and sometimes she has dates planned and she has to skip out on them. She also isn’t able to see friends or family sometimes because of the pain or because of the embarrassment. She doesn’t like taking medicine, but when she did take it, it didn’t really worked for her. One doctor thought it was an ulcer and another thought she was lactose intolerant, but both turned out to be false.

Cathy didn’t know what causes it or how to fix it. She’s been dealing with it for 13 years. She said it’s affecting her social life and her professional life. She also has to be very careful about what she eats.

Dr. Oz did some tests and took her to the Truth Tube. Dr. Oz explained that the bacteria in our gut needs  to be in balance. He tested her for H. Pylori, the bacteria responsible for ulcers, but her levels were fine.

Cathy did have low zinc levels, which could be caused by problems absorbing the zinc or she’s not eating enough foods with zinc in them. A low zinc level can predispose people to bacteria and virus problems, so this is an important thing for her to consider.

Dr. Oz introduced Cathy to Dr. Mark Hyman, who said over 100 million Americans suffer from issues like heartburn, irritable bowel, bloating, gas, reflux, constipation, and other GI issues. In America, we do a lot of things to mess up our gut, like taking antibiotics and eating foods poor in fiber. This leads to something called “leaky gut”, which causes inflammation, food sensitivities, and food allergies. Luckily for Cathy, Dr. Hyman had a plan to fix a leaky gut.