Dr Oz: Are Candles Polluting The Air In Your Home?

Who doesn’t love a good scented candle? In fact, I have three randomly placed throughout my home at this very moment. But according to Dr Oz, new research says those candles could be polluting the air you breathe. Dr Oz conducted an investigation to figure out if scented candles could be putting your health at risk. Scented candles are now a $2 billion industry and they’re sold practically everywhere. Approximately seven out of ten households use them regularly.

Scented candles are made from a variety of different oils that, usually, come from unknown sources. A BBC investigation found that one chemical used in almost all citrus-scented candles, limonene, produces formaldehyde when exposed to air. Formaldehyde has been listed by the National Toxicology Program as a human carcinogen since 2011. 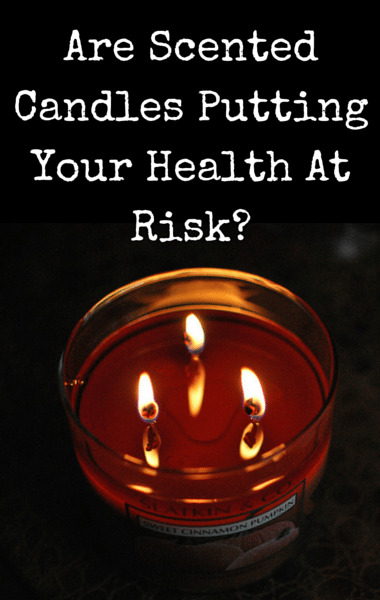 Could the chemicals you love to have lit inside your home, actually be putting your health at risk? Dr Oz wanted to find out. (slgc / Flickr)

In 2003, lead wicks were banned for use in candles in the U.S., but they could still be sold in stores or sitting somewhere in your house.

Dr Oz then welcomed Saleyha Ahsan who was part of the BBC investigation. She explained that limonene comes from the rind of citrus fruits like lemon and oranges. It’s used in candles and food products because of the citrus flavor. When it gets released into the air, it degrades into chemical byproducts which then become harmful. Those chemicals can cause breathing irritation and skin irritation. From their research, it was discovered that two molecules of limonene produce one molecule of formaldehyde, which is significant.

Dr Oz: Why Candles In Your Home Could Be Dangerous

Besides the formaldehyde, there are other chemicals that candles can emit, such as paraffin. But as for exactly how much of the chemicals are in the air around us, it’s not exactly known for sure. Saleyha explained that when you light a candle in one part of your home, the chemicals travel throughout your home, making them 2-3 times more toxic. She referred to that as “indoor pollution.”

Dr Oz took a scented candle and an unscented candle and after ten hours found that there was black soot around the glass for the scented candle, while the other one was still clean. That soot doesn’t just stay inside the glass. That soot can travel throughout your home and get on your floor or window treatments. The more scented a candle is, the more soot it will produce. You’re also breathing that soot in.

Dr Oz: Plants To Remove Toxins From Your Home

If you’re not exactly ready to give up your candles, there are a few things you can do to limit your exposure to the potentially dangerous chemicals. First, trim the wick before you light the candle. Trim the wick to 1/8 an inch or two pennies stacked together. That will limit the amount of chemicals getting into the air around you.

There’s also a natural air filter that NASA designed. The best way to remove pollutants from the air is with a plant! Look into buying a Boston Fern, English Ivy, or Lavender. Place one plant per 100 square feet in your home and you could eliminate most of the chemicals in your home!

Saleyha and Dr Oz were then joined by a woman who refers to herself as “the candle lady” because she absolutely loves her candles. She’ll even take a candle with her on vacation! Dr Oz’s wife Lisa absolutely loves candles as well, which is why it was so important to him to learn more about the potential risk.

To protect yourself and your family, you should choose an unscented candle and go for either soy or beeswax. Saleyha loves beeswax the most because it’s naturally occurring and helps clean up the air rather than polluting it. If it doesn’t say 100% beeswax, it could be a mixture of paraffin and beeswax, so always go for 100% beeswax. If you really like the smell of scented candles, try making your own!

Put a pot of water on the stove and add cinnamon, cloves, star anise, or other spices to make your own scent. Simmer the spices before pouring them into a jar. Open the jar and let it sit out to release a comforting scent into your home. One jar can last for about a week, until the scent begins to fade.

To make sure any candles you already have don’t have lead wicks, check and see if you can draw with it. A candle with a wick that has lead in it, will lead a grey mark, while a lead-free wick won’t. If you suspect the wick has lead in it, throw it away.