Dr. Oz: Daughter of a Serial Killer Speaks Out

Melissa G. Moore came by Dr. Oz to talk about her father Keith Hunter Jesperson, better known as the Happy Face Killer, who is serving three consecutive life sentences for killing eight women. Jesperson has claimed to have killed many more, as many as 160.

Melissa has experienced shame, guilt, and a desire to hide her identity because of what her father has done. She came by Dr. Oz to talk about her struggle to find peace with herself.

Melissa said she first discovered what her dad had done in 1995, when she was a freshman in high school. She came home after school and learned from her mother her dad was in jail. Melissa’s brother asked why and her mother said it was murder. 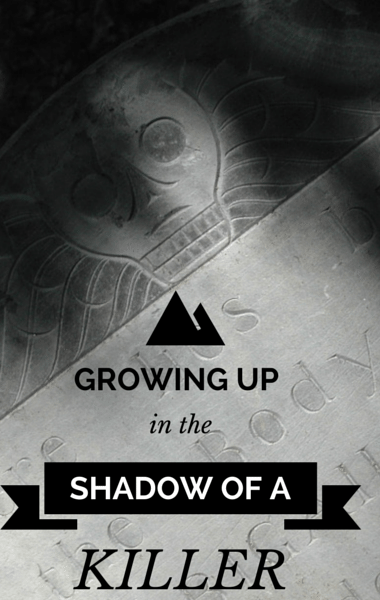 Dr. Mehmet Oz talked to Melissa G. Moore, the daughter of the infamous serial killer known as the Happy Face Killer, about how she’s coped and moved on with her life after finding out the truth. (jayhem / flickr)

Melissa said looking back, there were signs and stories about her dad that were signs of what he was doing. When Melissa was 13, her dad took her for a summer vacation and on the road, her dad told her that he knew how to murder someone and get away with it. She tried to figure out why he said this and she thought it was hypothetical.

But he gave more details. He said he would wear his cycling shoes because he was a large man with an abnormally large footprint. Melissa never thought this was a real story he was telling.

Later on she found out that not only was her father a killer, but where they were driving was where he disposed of the first victim’s body.

Dr. Oz: Growing Up With a Serial Killer

Melissa said she was scared of her father growing up, but it wasn’t a specific fear. It was just a general feeling of unease. She never felt 100 percent safe around him. Now, looking back, she realized there was a definite reason for it. When she was a little girl, she also watched her dad torture and kill stray animals.

After the news came out about her father, Melissa lost friends because their parents saw the news and didn’t want their children around her. So Melissa was alone and afraid.

Melissa wrote a book about this experience called Shattered Silence. In the book, she talked about how hard it was to separate what her father did from her own identity. She felt a lot of guilt by association. She looks like her dad and she was afraid that she’d inherited something from him.

She even contemplated taking her own life. She knew she could give in to all of these negative feelings and end her own life or she could try to create a life of her own that she wanted to live.

Dr. Oz: Letters From Her Father

Over the years, her father has sent her many letters, mostly filled with unsolicited advice and attempts to intimidate her. Melissa read from one of the letters, which said:

“People should know that I was a good dad. Man, for 35 years or so. My eight errors in judgment is not to base a life on.”

Melissa noted that when he says “eight errors of judgment,” he means the eight women he brutalized and murdered. He sent another letter where he traced his hands on the letter, where he told her his hands were strong once and caring ones. But Melissa took it as a threat, because these were the hands that killed those women.

“This isn’t an innocent statement to me. He’s actually trying to tell me that…he’s trying to intimidate me, like remember my hands, how big they are,” Melissa said.

Dr. Oz: Overcoming the Past

Melissa said that she’s proud of who she is today and the mother she is today. She said her dad controlled her with manipulation and loved having power. When she severed her relationship with him, she realized she has the power. She doesn’t want to visualize herself as inferior. She wants to be the person she wants to be.