It has been very eye opening to see Five Diet Myths Busted on the Dr. Oz show today. Through animations and scientific experiments, he has busted some of the biggest diet myths around and some of the results just might surprise you. Do you think it is true that a slow metabolism will keep you from losing weight or that drinking more coffee can help you to lose more weight? Well, Doctor Oz’s answers are very revealing and may just change the way you diet from now on. He tackled one of the biggest diet myths which is that weight gain is not inevitable as we get older. There was even a fun little pop quiz to see how well you know how to treat some simple problems right at home. Aside from myths that pertain to dieting, there are also many general health myths that many of you probably believe to be true. Dr. Oz, as well as many other doctors, admits to believing a few of them are true, even recommending them to their own patients and family members.

Dr. Oz says there is a shocking health myth that even he believes to be true, but what’s worse is that it is also one of the most dangerous myths around. That myth is that when your snot is green you need antibiotics to get well. Is that a rule that your personal physician follows? Do you personally believe it to be true? Many of the members of Dr. Oz’s studio audience believe that this is actually true, but in reality it is actually a myth. He says there are two reasons it is a myth and with the help of an audience member and a few visual aids, what he calls his 50 Shades of Green Snot Rainbow, Dr. Oz explains those reasons. He says that as your snot is changing color it is actually a sign that the body is breaking down the bacteria. This process causes the snot to go through several different shades of green and by the time the doctor has prescribed you an antibiotic you are already healing. The second, more important reason that this is a myth according to Dr. Oz, is that in most cases an antibiotic won’t cure a cold or a sinus infection, making them totally unnecessary. Our bodies are actually filled with a lot of good bacteria, but when they are misused, the antibiotics will actually kill them. As the antibiotics kill the good bacteria, it leaves room for your cells to be vulnerable to the bad bacteria, which means you are breathing in super germs and this can cause a problem for everyone around you. Dr. Oz recommends that if you see green snot to just let it go and allow your body to work on its own because antibiotics simply are not necessary.

Should You Treat a Wound with Hydrogen Peroxide? 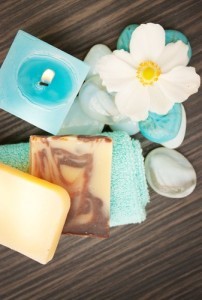 Dr. Oz says it is a myth that women’s periods sync when they live together or are close friends. It is happens, it is simply a random coincidence according to research.

What if there was a myth that you have been following for a long time that happens to be one that even your doctor follows in their own home? You would probably think it must be true if doctors recommend it and use it to take care of their own family as well, right? This particular myth is that hydrogen peroxide is a good treatment for small wounds and I bet many of us have a bottle in our bathroom cabinet in case someone gets a cut or a scrape. Well, Dr. Oz says unfortunately it is just a myth and, in fact, can make wounds worse in some cases. The wound is going to heal no matter what you do, but the hydrogen peroxide can actually make it worse. It basically creates a chemical reaction when poured over a wound, which is why it bubbles. The problem with hydrogen peroxide is that it then begins to destroy the surrounding tissue as well as some of the good bacteria that is there to help with the healing, making a wound bigger and maybe even worse. Dr. Oz’s basic rule to remember is Don’t Put Anything in a Wound that you Wouldn’t Put in your Eye, so he says the best way to treat a wound is to run it under cool water for about 5 minutes to wash away the bad stuff and then let the good bacteria do its job.

Can Women’s Periods Sync with Their Friend’s & Family’s Periods?

Has this ever happened to you? You have a close friend or relative that you live with or spend a lot of time with and suddenly you realize you are having your period at the same time as the other person? It is like your bodies have synched up so you can experience the joy of menstruation together every month. There are even doctors who believe this one to be true, sharing that they have personally witnessed it for themselves. You might be as stunned as me to learn this one is an absolute myth. Dr. Oz says he was even taught this one in medical school, but it turns out to be a myth because a ton of research has shown that it is simply a coincidence when your period syncs up with that of a close friend or family member. While many women might have overlapping menstrual cycles, it is just a very random occurrence when they happen at the very same time very month.

Dr Oz: Does Toothpaste Get Rid of Zits?

Which one do you think is the truth? Which ones do you believe are just myths? I have to say that I am not confident on this one. I have a guess, but I have a feeling I might be wrong, how about you? Did you guess the one that is true is that Toothpaste can Zap a Zit because if so, you are correct. Dr. Oz says the reason for this is because the toothpaste actually draws out the oil from the skin to eliminate the zit.