Dr. Eben Alexander has been a neurosurgeon for 25 years and he came by Dr. Oz to talk about a near-death experience he had in 2008 that led him to be convinced that heaven not only exists, but that he’s been there. He wrote a bestselling book called Proof of Heaven that detailed his journey, where a meningitis-induced coma caused him to have an out of body experience, as well as a near death experience. He believes firmly that consciousness is independent of the brain.

Dr. Oz: Is There Proof of Heaven? 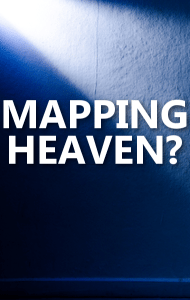 Dr. Oz talked to Dr. Eben Alexander, a doctor whose near death experience and subsequent research has him convinced that heaven is real and science will and can prove it.

Dr. Alexander’s new book Map of Heaven says that he has proof there is a heaven. “My story is one of tens of thousands of journeys that are out there and not just from the last 50 years, which is the main thrust of near death experience research, but going back thousands of years,” he said.

He said the stories that have been told about the afterlife for thousands of years matched his experience, including the writings of mystics and prophets. He said they all matched current stories of what happens when we die.

Dr. Oz: What Happens to the Brain When We Die?

Dr. Oz explained what happens to the brain when we die. The last thing to shut off and die when you’re dying is the brain stem. But it doesn’t all die at once. Even as your brain loses oxygen, the synapses continue to fire. You might not see them on a brain scan, but it’s definitely happening. There are a few last flickers, like the last flickers of a light bulb, until the brain goes dark.

Those last few flickers might represent the ability to see or hear or feel. If there aren’t connections between them, we might not be able to connect what we see to what we hear, which creates a sense of an out of body experience.

But Dr. Alexander’s experience was different. He didn’t have a near death experience in the traditional sense that caused his brain to be that way. He was in a coma instead.

“I think my case is really the exception that proves the rule. It basically proves in many ways the validity of these other experiences. In fact, a lot of the near death literature is filled with cases where the brain was documented to be very far along in that death process, where you didn’t have any flickerings left, and yet people were very aware and had an expansion of consciousness. That’s something that completely defies our modern neuroscientific views of this,” he said.

Dr. Oz: What Is A Shared Death Experience?

Dr. Alexander said there is also something called a shared death experience. That’s when a bystander at the beside, like a health care worker or a family member, gets sucked along on the journey. Their soul goes with the person who is dying. Dr. Alexander said these experiences are common and they’re puzzling because the bystander will have a perfectly normal brain.

Dr. Alexander claims we can all visit heaven and these spiritual realms if we want to put the work in. All it takes is meditation. Dr. Alexander does work himself with something called “sacred acoustics.”

Dr. Oz: Do We Know We’re Going To Leave Earth?

One woman in the audience named Eve told a story of her uncle dying. One day, her uncle said he thought he was going to die that day. As the day went on, he got progressively sick and he went to the ICU. He went into a coma. All of a sudden, with Eve at his bedside, he woke up full of energy and pulls the breathing tube out of his mouth and asked for his wife because “they’re going giving me a couple of seconds.” But by the time they got his wife, he collapsed and he never came back again.

Dr. Alexander said people often get a message that they’re going soon in death experiences. Dr. Alexander said that’s often at a time when souls of loved ones appear to them to help them across that threshold.

“The scientific literature on reincarnation is very strong,” Dr. Alexander said in response to an audience question. He said souls come back again and again to learn how to get things right and move toward oneness with the divine. He said there are a lot of cases of children with memories of past lives that have no explanation other than reincarnation.

“Once one comes to realize that we are all eternal, spiritual beings, it changes everything,” he said.