The shocking truth is that teenagers are now needing liver transports because of their high-sugar diets. According to Dr Hyman, individuals who consume sugary drinks and starchy carbs are at a higher risk of fatty liver. Belly fat is just one factor driving fatty liver. 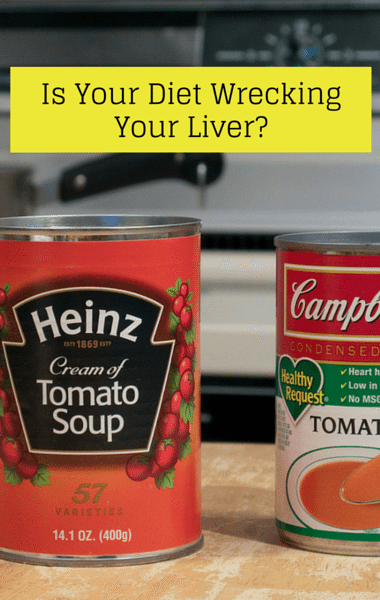 One in three Americans suffer from fatty liver disease, many without even knowing it. Dr Oz and Dr Mark Hyman explained how you can reverse liver damage starting today. ([email protected] / Flickr)

Unfortunately, fatty liver is sort-of a hidden disease so it can be hard to tell if you’re already affected. While you may not have symptoms, you could have clues including high blood pressure and high blood sugar. You could actually have a normal liver function test with a fatty liver.

To explain how fatty liver happens, Dr Oz showed that the liver takes those “extra bits of sugary foods” and attempts to take care of them. But when the liver is overwhelmed with too much fat, the fat gets stuck in the liver, causing inflammation that could potentially lead to liver damage or even cirrhosis. That’s why it’s important to stay on top of your health and pay attention to clues, before cirrhosis occurs.

Three women expressed concern about their livers so Dr Oz sent them for blood tests. All three women had liver function studies that were normal. But the bad news is that two out of three with fatty liver changes won’t have enough inflammation to raise alarms in a liver function test. Doctors can actually use an ultrasound to identify fatty liver, which is why Dr Oz brought in a technician to perform an ultrasound on one of the women. The ultrasound revealed some signs of fatty liver, so she was very excited to learn more about Dr Hyman’s plan to reverse fatty liver disease.

The woman, a surprisingly talented singer, sang about her desire to take control of her health. Dr Hyman first suggested that you become a detective and look for high-fructose corn syrup in everything you eat, in order to cut it out. High-fructose corn syrup is found in everything from salad dressing and energy drinks to cereal, condiments, and soup. It may be hard to believe but a can of tomato soup can actually have more sugar in it than a can of soda! That’s exactly why it’s so important to read food labels.

Now that you know what to cut out, there are certain foods you want to eat more of. First, there’s phytonutrient-rich plants. Aim for 1-2 C a day of cruciferous vegetables like Brussels sprouts, arugula, kale, collards, and radishes. There are also liver-healing flavor boosters like garlic, onion, and turmeric. Add them to at least one meal per day. Also look to add healthy fats to your diet by eating salmon, avocado, coconut oil, or nuts. For those with liver issues, milk thistle, in tea or supplement form, could be helpful as well. Try 2-3 C of milk thistle tea each day or a 140 mg supplement.

You make those simple changes and you could see an improvement in your liver in just 10 days!