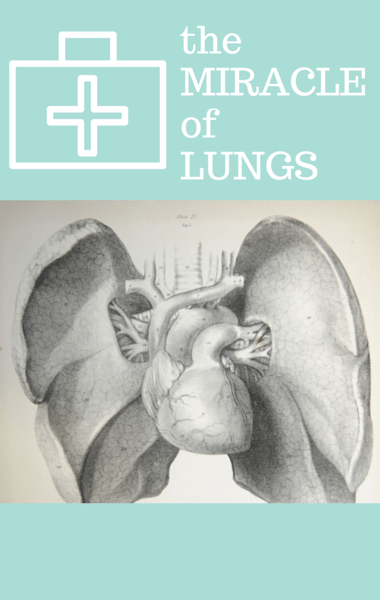 Dr. Oz talked to two parents who fought to get their 10-year-old daughter with cystic fibrosis a double lung transplant despite federal guidelines. (liverpoolhls / flickr)

But federal policy prevented children under 12 from being considered for an adult lung. Janet campaigned to have the law changed and filed a lawsuit against the federal government, claiming the system discriminated against children.

Family and friends circulated a petition which collected over 370,000 signatures. The effort paid off and the transplant network created an exception, allowing Sarah to get a transplant. The first surgery failed, but then Sarah received a second transplant.

After six months of recovery, Sarah was finally able to return home to her family.

Janet and Sarah, as well as Sarah’s dad Fran, joined Dr. Oz in the studio, where Dr. Oz showed Sarah what real lungs look like. Everyone put on the famous purple gloves. Sarah said she was excited to see lungs. She patted them like they were a cat when she first saw them, then she picked one up.

Dr. Oz said that lungs are delicate, so when they’re destroyed and we replace them, it’s a big operation. Adult lungs can fit in children, but doctors have to do things to make them fit and it’s not always an easy match.

Fran said that Sarah had cystic fibrosis her whole life and they knew it was going to be challenging, but he was shocked when he found out about the 12 and up rule. He said this meant that someone else who was healthier than Sarah would get lungs before her just because of her age.

Janet said that it was amazing to save Sarah’s life with her efforts, but she always wanted to make the change for other kids, too. Janet’s efforts got an exemption for kids under 12.

Fran said that Sarah has never complained about all the treatments and things she’s had to go through. He said once they told her that if anything seems like too much for her, she should let them know. But she told them she never wanted to give up and she never wanted her parents to give up, either.

Sarah said that she wants to be on the swim team with her brother and sister in the fall or winter and she’s going to take lots of swim lessons to make it possible.