Dr. Oz: Could You Have a Heart Attack and Not Know It?

Dr. Oz talked about how almost one third of heart attacks have symptoms that go unrecognized by the person having the attack. It’s called a silent heart attack.

The coronary arteries bring life to the heart by bringing oxygen and blood to the tissues of the heart. But over time, when a blockage builds up, the oxygen and blood can’t get to the tissue. Normally, this bruises the heart and causes a heart attack. You feel like an elephant is sitting on you and the pain radiates to the neck and left shoulder. 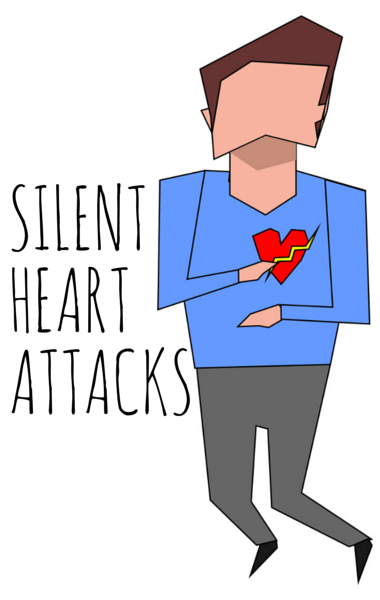 But sometimes, there’s no pain. You function normally and have no idea you just had a heart attack. But you will feel subtle things. That’s why Dr. Oz wanted to go over what you might feel so you know what to look for.

Sheri had a silent heart attack at 41. She knew all the classic symptoms, even the heart attack symptoms for women, but this was different. For a couple weeks, she wasn’t feeling well. She thought she had the flu, so she went to the doctor. They took chest X-Rays, tested her blood pressure, and ran other tests. They treated her for the common chest cold. But she continued to get worse.

Finally, her doctor ran a certain test and realized she’d suffered a silent heart attack. At the hospital, she learned she had 100 percent blockage.

When you have a silent heart attack, the symptoms include fatigue, dizziness, feeling lightheaded, and flu-like symptoms. These are the symptoms Sheri had. Sheri said if she knew it was a heart attack, she would’ve called 911. Instead, she physically walked into the ER.

Dr. Oz said that if you don’t know you’re having a heart attack, your heart will continue to get bruised. Dr. Oz said the first heart operation he ever did was on a woman who didn’t know her heart was dying until it was too late.

Dr. Oz talked to preventative cardiologist Dr. Sonia Tolani about silent heart attacks. Dr. Tolani said that silent heart attacks are more common than you think. People feel unwell and don’t know what it is. It’s very easy to get misdiagnosed, especially for women. Heart disease is the number one killer of women, but it’s often not on the radar for doctors right away.

But there’s one more risk factor for silent heart attacks. That’s diabetes. Diabetes causes poor circulation and high blood sugar, both of which damage the nerves. Diabetics have been known to put their foot in a fire or stub their toe and not feel it. In the same way, they might not feel symptoms from a heart attack.

Dr. Tolani also said the more damage that occurs to the heart, the more symptomatic you might be. You might have swelling in your legs, bloating, feel like your pants are too tight, have difficulty breathing, or have less physical endurance. You might have gone up a flight of stairs fine a week ago, but now you have difficulty with the stairs. You also might think it’s indigestion.

In general, heart attack symptoms are different for women than men. Women might have nausea, vomiting, stomachaches, and dizziness, rather than classic chest pain.

Dr. Tolani said it’s important for people to listen to their body and if something feels wrong, go see your doctor. Silent heart attacks are just as serious as regular heart attacks. The longer you go without knowing that you had one, the worse your outcome will be.