If you didn’t take one of those online personality quizzes, how would you describe your own personality? Are you friendly, timid, organized, or easygoing? Your personality is defined as how you think, how you act, and how you feel. What would you do if you could change your personality and go from a pessimist to an optimist or from shy to outgoing?

Dr Oz: Can You Change Your Personality?

Psychotherapist Mike Dow joined Dr Oz to discuss just that. There’s a new study that suggests we may all be able to change our personality type with the help of psychotherapy. Dr Dow explained that even patients with psychosis were able to change and rewire their brain, so imagine how effective it can be for those who just want a minor personality change like becoming a little more outgoing.

For example, say someone presents with symptoms of anxiety. Certain aspects of their condition could benefit from minor changes to their overall neuroticism and therefore changes to their personality. Neuroticism, according to the studies, is actually pretty changeable through psychotherapy. But there are other personality traits that could benefit from psychotherapy as well, including those who want to become more organized and diligent. 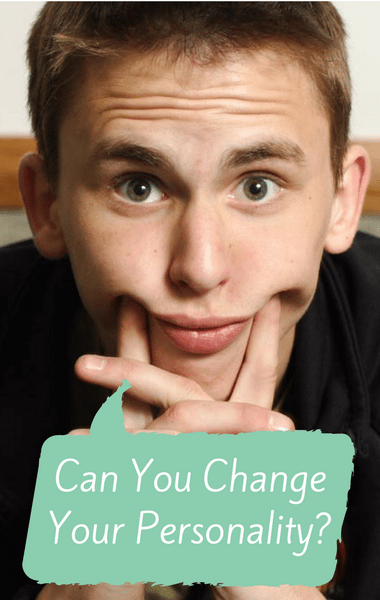 Are there parts of your personality you wish you could change? According to Dr Mike Dow, it is possible, if you go about it the right way! (makelessnoise / Flickr)

Dr Dow explained that our personality traits are actually more environmental than we used to think. Studies on twins used to put it at 50/50, but the new studies as well as looking at ways personalities shift over time, show that personalities really can be changed.

Dr Oz showed an animation of the brain and pointed out the amygdala, which is the alarm center of the brain. When you’re a baby, you begin developing tactics as ways to respond to the things going on around you. Anytime you have a thought, a message is sent through the hippocampus and to other parts of the brain. That reaction triggers the same emotions that we become accustomed to when he have those thoughts. To change that, you have to rewire the brain so that the “alarm” doesn’t react the same way.

To demonstrate what happens you see a professional to rewire your brain, Dr Dow used a stoplight. He explained that for patients with problems that they want to fix, their brain experiences “too much go and not enough stop.” That’s when cognitive behavioral therapy is used to make the “stop sign” stronger, allowing you and your brain to slow down and work properly.

But other forms of therapy, like deeper ones, work more with the “green” to bring the action down, which means the sweet spot, or the “yellow light” is achieved. Dr Dow explained that the positive changes can be seen in some patients in just a few weeks. For those with neuroticism, just a few months of cognitive behavioral therapy can help with anxiety and catastrophic thinking.