Dr. Oz talked about a couple whose devastating tragedy sent them on a mission. Simon was born in 2004 at nearly 7 pounds. His parents Phyllis and Darren Sudman said he developed a really hearty laugh and a fun smile. But at 47 days in, his mother put him down for a nap. Tragically, Simon did not wake up from that nap.

After the loss, Simon was diagnosed with Sudden Infant Death Syndrome (SIDS). But his parents weren’t satisfied. So at their pediatrician’s suggestion, they got their hearts checked out. It turned out that Phyllis had a congenital heart defect, a defect that Simon apparently inherited. Simon is just one of thousands of kids to die of sudden cardiac arrest each year. Some were babies and some were athletes. 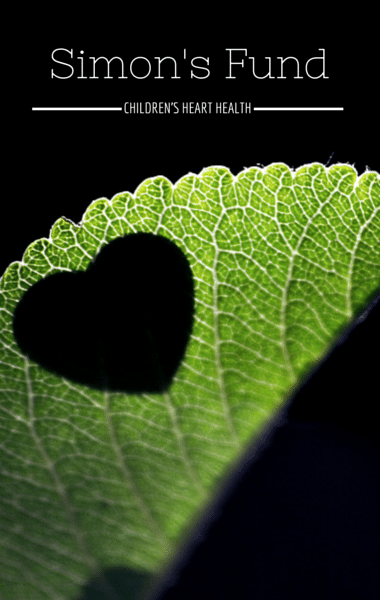 Dr. Oz talked to Phyllis and Darren Sudman from Darren’s Fund who have made it their mission to provide heart screenings for children. ([email protected] / flickr)

Phyllis and Darren wanted to take action, so they started Simon’s Fund in their son’s honor. It provides children with free heart screenings, sponsor medical research, and raise awareness for sudden cardiac arrest. Darren said these are all conditions that are detectable and treatable. That’s why their mission is so important.

“I don’t want another family to go through what we’ve been through. If I would have known, Simon would be here. That’s a hard thing because Simon saved my life. And it should have been the reverse,” Phyllis said.

Darren Sudman said that over the past 10 years, he and Phyllis have learned that heart conditions are one of the most prevalent birth defects. They’re responsible for a lot of pediatric deaths.

Over the past 10 years, Simon’s Fund has checked over 10,000 kids’ hearts. Of those children, nearly 100 had a heart defect that could have ended their lives. That’s almost 100 people whose lives were saved by Darren and Phyllis.

The first child whose heart condition was detected by these screenings is named Melissa. She had the screening when she was 10 and she’s very health and active today. She surprised Phyllis and Darren when she came out.

Phyllis got really emotional. She said it was incredible to have her there. Melissa had open heart surgery on the third anniversary of Simon’s death.

Melissa said that every time she looks in the mirror, she remembers how lucky she is. “Thanks to you guys, I am now able to continue the rest of my life,” she said.

In the fall, Melissa will be attending Penn State University. She’s hoping to continue the work that Phyllis and Darren started by setting up heart screenings in that community.