Dr. Oz talked about the dangers of energy drinks. The evidence is mounting against energy drinks, with an FDA investigation two years ago into 13 deaths linked to 5 Hour Energy and a second inquiry into Monster Energy Drink, which was tied to five deaths and one non-fatal heart attack. 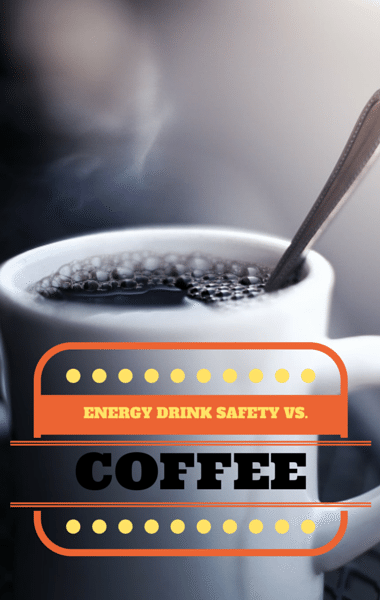 Dr. Oz talked about the dangers of energy drinks, highlighting the link to heart disease and discussing the safe amount of drink. (basheertome / flickr)

A new major study out of France covered three years and 250 cases, detailing side effects from energy drinks including caffeine syndrome, fast heart rate, tremor, anxiety, and headache. But more alarming, it also found side effects like irregular heartbeat, angina, and eight sudden or unexplained deaths, including some from cardiac arrests.

Energy drinks are a $20 billion business, more than 12 million adults in America are considered heavy users, and emergency room visits due to energy drinks have doubled.

Dr. Oz talked to cardiologist Dr. Lori Mosca, who said that this data shows there’s a link between energy drinks and heart problems. A recent clinical trial also showed that energy drinks can increase blood pressure and heart rate by 8 to 10 percent, decrease blood flow to the brain, and cause dehydration.

Dr. Mosca said this study shows there are a lot of people who don’t know they’re at risk. This study shows that in uncontrolled environments, energy drinks could be fatal. Dr. Oz called them a “liquid stress test.”

A single shot of an energy drink equals about two cups of coffee. People with a history of heart problems, whether themselves or in their family, are at the most risk.

We don’t know what a safe amount of energy drinks are. There was a case study of a 14-year-old girl who had two drinks over two days and had her heart stop. There’s a case of a 19-year-old boy who had an energy drink daily for three years and then suddenly had a cardiac arrest. So even if you’ve had one in the past and been okay, you might not be in the future.

Dr. Oz: What is a Safe Amount of Energy Drinks?

Dr. Oz said that 1 energy drink with no more than 300 milligrams a day is okay. Dr. Mosca said for the vast majority of people, there won’t be a problem. But people under the age of 18 and people with known heart problems should really avoid this.

She said it’s also important for people to know the warning signs of a caffeine overdose, which include heart palpitations, shortness of breath, chest pain, headache, and dizziness. If you’ve ever felt this way from drinking energy drinks, stop drinking them.