Dr Oz: Are You Addicted To The Internet?

The internet has revolutionized our lives, keeping us connected 24/7. We now spend as much as 5-7 hours online every day socializing, checking emails, and keeping up with the latest news. Are we becoming addicted? Recent studies reveal that internet addiction is associated with impaired brain structure and function, which affects planning, prioritizing, organizing, and impulse control. Other studies showed shrinkage in the area known as the insula which regulates the capacity to develop empathy and compassion for others.

Dr Oz was joined by Tony Schwartz, a journalist who gave up the internet for 30 days, becoming a viral sensation. He admitted that he experienced withdrawals, and even had to have his daughter take it away from him. 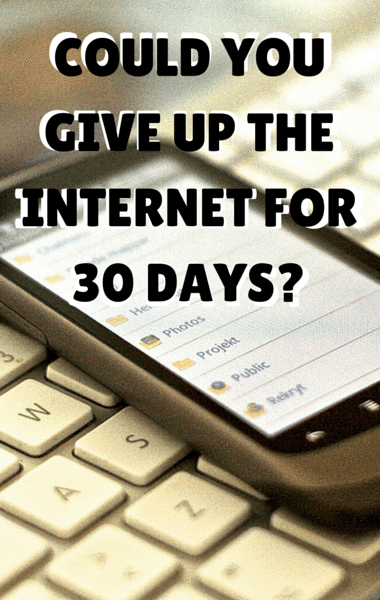 Could you give up the internet for 30 days? There’s a good chance you’re addicted to your device, but you don’t have to give it up entirely. (johanl / Flickr)

Dr Oz then explained that your brain craves excitement and the internet provides stimulation. That leads to instant gratification. Dr Oz exclaimed that “it’s fundamentally an interuption machine.” He added that the internet is designed to keep you clicking by interrupting you. It’s because of that, Tony believes the internet causes cognitive overload, which is what causes your entire system to shut down.

There’s been a push among doctors to classify internet addiction as a medical diagnosis. Tony’s entire experiment began because he was having trouble focusing, but he quit cold turkey for a month. He said for him, it was about getting back to a time where he could have quiet time by himself. At the end of the thirty days, he felt like he was back in control and was aware of what was going on, because it’s unrealistic to think you could give up the internet entirely forever.

Dr Oz wanted to test Tony’s experiment, so he asked Rhenotha Whitaker to give up the internet for just 24 hours. She’s a self-proclaimed internet addict and admitted that she failed miserably. She has two phones and is addicted to the internet. It was then that Dr Oz was excited to reveal that Tony actually had a plan to help people step away from their constant internet use, without giving it up cold turkey.

The first step of Tony’s plan is to have a tech-free morning. Tony suggested that when you wake up, you should avoid using your phone for the first 30 minutes, and instead get something valuable done. Tony added that the compulsive need to respond to a stimulus is a sign of an addiction, so if you constantly feel like you need to check your phone, that’s a bad sign!

You should also spend twenty minutes each day reading something “real” like a newspaper, magazine, or a book. Lastly, make a digital bedtime, which is a time that you shut down your devices to help your brain and body calm down before you go to sleep.