Dr. Oz talked to Jazz Jennings on his show today, a transgender teenager who was assigned a male gender at birth and who later identified as a female. Jazz is now living as a girl. “I tell people that I have a girl brain, a boy body,” she said.

Jazz’s parents already had three children when they had Jazz. Her mother said that very early on, she could tell that Jazz was into girl stuff. She wasn’t interested in boy things at all. “I knew in my gut, this is more than a phase,” her mother said. 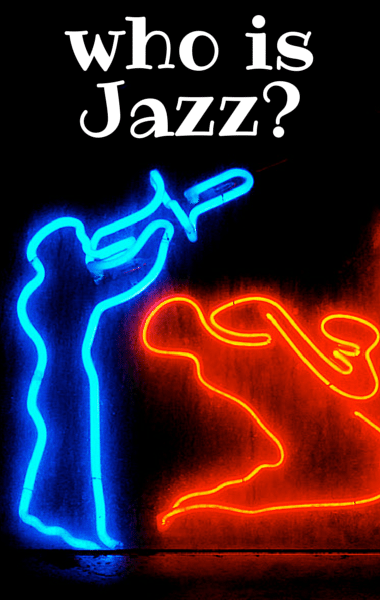 Dr. Oz talked to Jazz Jennings, a 14-year-old transgender girl, who talked about her experiences growing up transgender. (pedrosimoes7 / flickr)

Jazz said at her fifth birthday party, she was able to wear a girl bathing suit. She was very happy to be herself. Her dad explained that this was the first time they said to their friends they were going to let their child live the way she wanted to. In Kindergarten, they started raising her as a girl. Their parents said as she grows older, they’re going to continue to fight for her and to tell people about her.

Today, 14-year-old Jazz Jennings joined Dr. Oz in the studio. Jazz said she always knew she was a girl, because she loved girly things. She said when she was three years old, they took her to the doctor. She was diagnosed with gender dysphoria. From then on, her parents embraced her and let her live the way she wants to live: as a girl.

Jazz said that when her parents first let her start Kindergarten as a girl, there was a lot of resistance to the idea. She wasn’t allowed to use the girls bathroom until she was in the fifth grade, for instance.

Jazz said that because she’s transgender, she has to think about dating differently. “Luckily, I’m not into it as much as other girls, because I’m not boy crazy. But, um, I still have to be cautious, because some boys out there won’t accept me or could even hurt me if I don’t tell them that I’m transgender,” she said.

She said she always discloses the fact that she’s transgender to everyone in order to make sure they’re all on the same page.

At 11, Jazz started going through puberty and the male hormones started to kick in. She started taking medication to counteract it. She received an implant in her arm that would stop puberty. Every year to two years, she needs a new implant to block the male hormones and ensure she won’t develop as a male.

She also takes estrogen to help her develop like a girl. Jazz said for the rest of her life, she’ll have to take those. She also said she knows the decision to have the surgery is a big deal. She said she wanted to take her time to weigh the decision as she reaches adulthood.

“My greatest hope is that one day the world will be a better place, where people can live in freedom and harmony and we could all just accept each other no matter our differences,” she said.

Dr. Oz introduced Joey, a transgender man, who is 22 and has been transitioning for about two years. He said that his mother was always uncomfortable with what he was going through, but one day she read about Jazz’s story and she shared it with Joey. This was the first time the two of them connected over transitioning.

“It was the first moment that my mother wasn’t afraid of me transitioning, because of your story,” Joey said.

Joey said Jazz inspired him and that she was inspiring a lot of people. Joey also thanked Jazz’s mother for being so supportive of Jazz.