Baltimore Ravens player and Super Bowl champion Ma’ake Kemoeatu made headlines when he made the brave decision to donate his kidney to his brother, fellow Super Bowl champion and Pittsburgh Steelers player Chris Kemoeatu. Now, both brothers came on Dr. Oz to talk about their story.

Ma’ake had to give up his career in the NFL by making the decision. He’s the oldest of seven kids and always steps up for his family when they need help. Both brothers say the game of life is what truly matters and they are happy to be in it together. 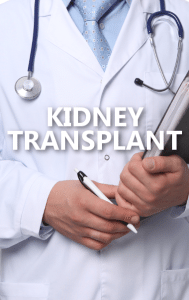 Dr. Oz talked to former Ravens player Ma’ake Kemoeatu, who made the brave decision to give his brother Chris Kemoeatu a kidney in order to save his life.

Dr. Oz spent much of the interview marveling at the size of the two men. If anything, Dr. Oz was unprofessional in this interview. It’s such a touching story and he was kind of insensitive to them, talking about their size and weight.

“You certainly fill the studio. These are the two biggest men I’ve ever had on the set,” Dr. Oz said before even asking them any questions.

Chris said he’s doing much better, getting healthier every day. Ma’ake was healthy before the surgery, so his recovery is actually more serious because he had to learn how to survive without a kidney. In general, in kidney transplants, the person who gave the kidney has a longer recovery, because the person getting the kidney feels so much better. However, he’s doing a lot better, too.

Dr. Oz: Making the Decision to Give Up His Career & Save His Brother

Ma’ake Kemoeatu said it was a no-brainer to help his brother. He watched him struggle in his career the last three years. When Ma’ake was a 99 percent match, he knew he had to do it.

Ma’ake said his team understood his decision and were supportive. He said they called him a hero, but to him, the hero was his brother Chris who had to make the sacrifices. Chris was in a lot of pain and Ma’ake said he was his hero to watch him fight through it.

It turns out there was a medical reason to point out Ma’ake and Chris’s size, but Dr. Oz was still pretty goofy about it. Dr. Oz asked them point blank what they weigh and both were shy about it. Ma’ake finally revealed that when he plays, he’s 350 pounds. Then Dr. Oz asked him to compare hands and then Dr. Oz said he felt like a munchkin.

Dr. Oz introduced their surgeon, Dr. Stephen Bartlett, who talked about their size and how it affects surgery. Dr. Bartlett said he was concerned when he first met Chris, because his abdomen was so deep. He consulted with a partner to analyze whether they could do it. They had one advantage in their surgery beforehand. Chris had to go through a coronary bypass surgery, which caused him to lose a lot of weight.

Dr. Oz was able to identify some larger-sized kidneys. He handed Ma’ake and Chris some gloves and told them they were “the biggest gloves that are made”. He showed them a normal-sized kidney and then a big-sized kidney. Because they’re larger men, their kidneys are naturally a larger size. Dr. Oz didn’t go any further than that in his discussion, but it made me wonder whether it would have been possible to give Chris a kidney that was from an average-sized person.

Ma’ake said when he saw Chris in the hospital, he had to tell him he loved him and it was the first time he said it to him not as a joke.

At the end of the segment, Dr. Oz stood in between the two men and he really did look small compared to them.

Dr. Oz shared a story about an Active Heroes Foundation fundraiser, where cadets challenged civilians to a push-up contest. One cadet went up against a 10-year-old girl, who beat him in the contest.