Dr. Oz talked to actress and author Mariel Hemingway, the granddaughter of the iconic American author Ernest Hemingway. Mariel has lived in fear most of her life of addiction, mental illness, and depression, because her famous family has had its share of suffering, with seven suicides in the family, from her sister to her famous grandfather.

But Mariel has finally faced her fears and she chronicles her journey in the new book Out Came the Sun. 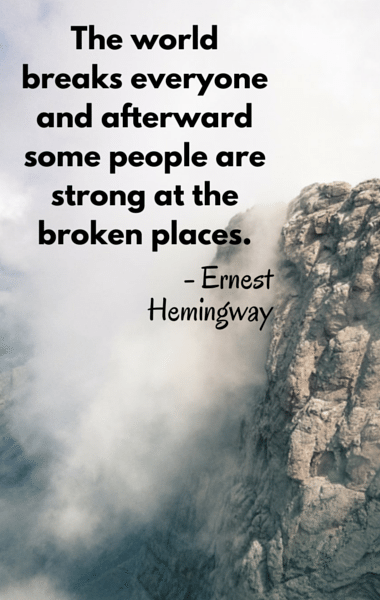 Dr. Oz talked to author Mariel Hemingway about her book ‘Out Came the Sun’ and how she faced her fears of mental illness, addiction, and depression. ([email protected] / flickr)

Mariel Hemingway said that she wasn’t consciously aware of the family curse when she was younger, but she was terrified of all the mental illness and depression in her family. When her sister committed suicide, she worried because she felt like she was the only one left. She worried mental illness was like a virus in her family.

Mariel realized the way to fix her life was to “fight chaos with order.” She started to moderately exercise, rather than doing some kind of extreme exercise. She also started to look at smart, sensible choices for her life, instead of looking for an extreme that might get her to a result faster.

Mariel Hemingway was the star in Woody Allen’s Manhattan when she was 18. She said that in the movie, she played a character who was a sophisticated New Yorker dating Woody Allen, a much older man. In real life, Woody Allen asked her to come with him to Paris. Mariel had a moment of realization where she decided not to go with him. She said this was one of the first times she found her own voice, rather than just going with the flow. She realized this was an important lesson to be true to herself, because going to Paris with him would have been uncomfortable for her then.

Mariel Hemingway said she didn’t want to comment on the allegations against Woody Allen. She said he’s a great creative genius, but she’s not a part of his life anymore and she doesn’t know him well. She didn’t feel like she should pass judgment. But she did say Woody always treated her very well.

Dr. Oz read a quote from Ernest Hemingway’s book A Farewell to Arms, which goes, “The world breaks everyone and afterward some people are strong at the broken places.”

Mariel uses this quote in her own book and said that this is a powerful quote because all of us are given challenges in life and we all have to face them.

Out Came the Sun is out now.