Montel Williams came by Dr. Oz to talk about his struggle with MS for the past 15 years. Dr. Oz began the segment showing a video Montel posted of himself snowboarding. 15 years ago, when he was diagnosed, he was told he’d be in a wheelchair in 4 years. Montel Williams is now almost 60 and he’s very active. 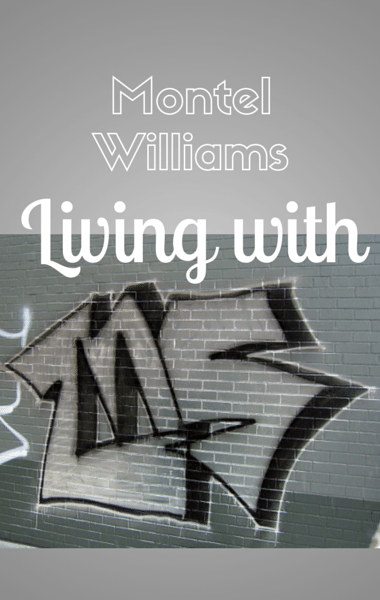 Montel Williams came by Dr. Oz to discuss his 15-year struggle with MS, how he’s overcome his pain and how you can, too. (walkn / flickr)

Montel Williams said when he was diagnosed, he was basically told he wouldn’t be able to work or do anything in the next few years. Montel said the doctor didn’t have a crystal ball. He got angry and said he didn’t want to learn “how to die easier.” He wanted to learn how to live fully.

Montel said there are 100 million people in the United States with pain that affects their life on a daily basis. He said we need to start thinking about what we can do, not what we can’t. He said the brain has the ability to heal itself. There are things we can do to repair the damage.

He was told he wouldn’t be able to walk, so he started walking a lot. The doctor told him to pay attention to his hip flexor. So for five years, he’s looked at himself in the mirror while he walked to check on his entire body and his alignment. Montel said four years ago when he was on Dr. Oz, he limped. Now, he doesn’t limp, because he worked on it every day.

Montel said his pain when he started was at a 7 out of 10. He’s been able to mentally put his pain into a box. He pictures it in a box with a string pulled around it tight. He took him six years to get to the point where his pain is only there when he thinks about it.

“I don’t care what your illness is or what you think you have, the first most important thing anyone can do is get knowledge about your problem. If the doctors knew everything, you wouldn’t be sick. You need to look into yourself and understand what you can do to make a difference,” Montel said.

Montel learned the ability to manage his symptoms after reading a book by a man named Dr. Norman Doidge. Dr. Oz surprised Montel Williams by introducing him to Dr. Doidge for the very first time. Montel was stunned.

Dr. Oz: How to Heal the Brain

Dr. Doidge said that we often think of the brain as a machine that’s hard wired. But he’s worked with people with Parkinson’s disease, autism, learning disorders, and strokes. He’s learned that not only can the brain change, but that’s how it works. It changes every day with new experiences and new thoughts.

Dr. Doidge said that only some nervous cells die in these illnesses. A lot are just sick and giving off a lot of odd noise, like a heart arrhythmia. The healthy cells receive this noise and aren’t able to function normally. Dr. Doidge’s work involves improving the communication of these cells to lead to improvement of symptoms.

Dr. Oz explained that the brain cells are like a radio tower. When they’re injured, it makes crazy static. The brain is sending out the wrong signals and it can’t receive the signals right. So Dr. Doidge’s work focuses on retraining the brain to work properly again.

Montel said that he’s actively thinking about suppressing his pain. He’s not taking antidepressants and he’s only taking low dose medication for pain.

Dr. Oz revealed that he broke his finger playing basketball over the weekend and it hurts a lot. So he’s working with these techniques now to overcome the pain.

Montel advised him to think about his granddaughter’s eyes every time he feels the pain. If he keeps doing this over the next three days, he’s not going to feel the pain. This will retrain the brain to think of those eyes rather than feel pain.