Doctor Oz is spotlighting real stories and Bringing Healthy Back, starting with small changes. How can you reduce your dependence on Caffeine? Do you think you could be addicted?

Dr Oz shared the story of a woman named Tracey, who admitted that she is addicted to coffee. It is a big part of her morning routine. She believes that she has four cups of coffee before leaving for work. 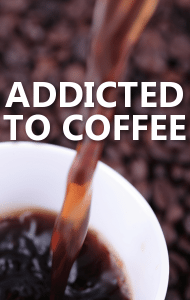 Dr Oz talked with Tracey, a woman who admits that her coffee habit is out of control. But she has withdrawal symptoms and can’t seem to make changes alone.

Tracey is the principal of an alternative school, which is a demanding job. She relies on coffee for energy and focus. But her coffee consumption doesn’t end after work. She uses coffee to fuel household chores in the evening.

She complained that she feels dehydrated and sometimes jittery. But her withdrawal symptoms are worse. She said she knows she is consuming an unhealthy amount.

Dr Oz: Too Much Caffeine Per Day

Tracey came to the show and stood next to the Truth Tube. She kept track of her intake for a few days beforehand. Doctor Oz said the average person should have no more than 400 mg Caffeine daily.

According to her own logs, Dr Oz calculated that she was consuming 1,140 mg of Caffeine daily, around three times the recommended maximum. She found this news surprising.

She said she experiences Caffeine Withdrawals when she tries to cut back, including headaches. Dr Oz said that it can also affect sleep, which is why she had Tracey monitor her sleep. This research found that she was getting less than half of the deep, restorative sleep her body needs at night.

Tracey also had the chance to see video of an Endoscopy that was performed on her. Dr Oz pointed out an area of Plaque as a result of Reflux from her coffee drinking. Doctors examined that area and found signs of Barrett’s Esophagus.

She said that these results were scary, though she had previously known about the reflux. Tracey explained that she has tried to quit, but has relapsed. Dr Oz said that the good news is all this can be changed and treated, even though it may be hard.

Tracey agreed that she was willing to commit to making changes to her life.