Dr. Oz talked to Norman Lear, the legendary writer and producer who has created some of television’s best comedies, including The Jeffersons, Sanford and Son, and All in the Family. At their peak, Norman Lear’s television programs were watched by 120 million people a week. He often pushed the envelope and addressed controversial topics not seen in mainstream television before.

Now, Norman Lear came by Dr. Oz to talk about his new memoir Even This I Get to Experience. The 92-year-old writes in the book about his incredible career and his advice for the world. 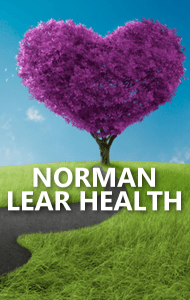 Dr. Oz talked to legendary TV creator Norman Lear, who talked about his incredible legacy, his secret to good health, and his new memoir ‘Even This I Get to Experience.’ (Giordano Aita / Shutterstock.com)

“I don’t think most of us would’ve had a childhood without you. It’s remarkable how much you influenced us,” Dr. Oz said.

“I wouldn’t have had a childhood without me, also,” Norman Lear joked.

So what’s the secret to living to 92 and being healthy? “I think it’s going to bed with the taste of coffee in your mind for the next morning and with the sight of your children the next morning. Waking up to do it again. I like waking up,” he said.

Dr. Oz wondered why it was so important for Norman Lear to change the conversations about controversial issues, like Maude and her abortion storyline or Archie Bunker and racism. Why did he push the envelope?

“Because I was a sensible, serious guy. I saw the humor in life, because it exists everywhere,” Norman Lear said. “There was so much going on in our families. Our children, our marriages, our culture. And the way all of that impacted us. So all we did was deal with that. We did nothing surprising. It was a lot…I don’t know whether I can say easier, but it was a lot more available then such subjects as ‘The roast is ruined and the boss is coming to dinner’ when a 17-year-old child is in the neighborhood pregnant and the family is dealing with whether that child at 17 should have that baby.”

Norman Lear said that the term “meathead” from All in the Family came from when he was a kid. His father called him a meathead all the time.

Dr. Oz wondered whether he was a meathead with his health. Norman Lear said he smoked until he made a movie called Cold Turkey. That movie was about an entire city that tried to give up smoking at once. He said he thought the movie was riotously funny and did a good job of poking fun of smoking. The movie inspired him to quit. But overall, he’s led a healthy life. That’s because he said he liked getting up in the morning and experiencing things.

“I appreciate every breath I take,” he said.

Norman Lear showed Dr. Oz some of his stretches and when he bent over to demonstrate them, Dr. Oz said he had a “nice behind.” So Norman showed it off to the audience. Norman Lear, at 92, can do a three-finger touch to his toes. He said he used to be able to get his whole fist down, but he can’t do that anymore.

Even This I Get to Experience is out now.