Dr. Oz has been talking to legendary broadcaster Regis Philbin. In 2007, Regis Philbin had heart surgery at Dr. Oz’s hospital, New York Presbyterian. Regis said David Letterman had the same surgery a few years before and so he asked him for advice. David picked out the room and arranged the doctors and did everything for Regis.

“Then the night before, listen to this, the night before the operation I couldn’t sleep. I was very, very nervous about it. It was a Monday night. And so I tuned him in and he said, ‘Well, Regis has no idea what he’s going to get into tomorrow.’ After getting me all set up with everything. He says, ‘He’s gonna get up around…he has to get into his car around 6 o’clock. They’re gonna take him to the hospital. They’re going to strip off his clothes, put him on a gurney, wheel him into the operating room and bust him open like a lobster.’ That’s what he said. Who can sleep after that?” Regis said. 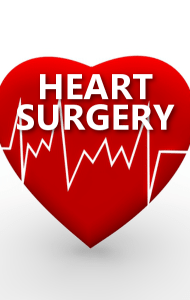 Dr. Oz talked to Regis Philbin about his heart surgery, what a bypass is, and how Regis Philbin started his incredible career in broadcasting. (JM-Design / Shutterstock.com)

“Let’s show everybody what we find when we open you up like a lobster,” Dr. Oz said helpfully.

Regis seemed very apprehensive about seeing a heart for the first time. Dr. Oz handed him some purple gloves to touch the organ. When Dr. Oz revealed the heart, Regis said it looked like a chicken.

Dr. Oz explained that when someone needs a bypass surgery, it’s because there’s a blockage in the artery in the heart. Doctors take a vein from a leg or somewhere else in the body and add it to the heart above and below the blockage, so the blood can flow through it and bypass the blockage entirely. Regis said he never knew this.

Regis Philbin showed off an exercise he’s done that’s helped him start to be healthy. One time he injured his shoulder and a doctor told him to do a certain exercise. Get some light weights and hold them in your hands. Hold your arms at your sides, then bend the elbow so you make a right angle with your arm. Move your hands to the left and right, away from your body, then bring them back in toward your chest. Repeat this for 30 reps.

Regis said his career in broadcasting started when he was in the Navy. The war was over and he was packing up to go home. One of the Marine majors he liked came in to see him to say goodbye. He asked him what he was going to do with the rest of his life. Regis said he wanted to be on television, but he had no talent or experience. He hadn’t even been on a stage in high school or college.

This guy was tough and got really close to him and told him he could have anything he wanted in life, he just had to want it bad enough. He asked Regis if he wanted it bad enough. Regis said he got a little shaky and clicked his heels and gave him a solute and said, “Yes, sir, I want it.” And so he went to Hollywood to give it a try. That was the beginning of his career.