Dr. Oz unveiled another Everyday Health Hero on his show, a cheerleader named Sarah Cronk who has helped lift the spirits of students across the country.

Sarah’s older brother Charlie is on the autism spectrum and he struggled in high school to fit in. One day, a popular upperclassman took Charlie under his wing and encouraged him to join the varsity swim team. Joining the team turned Charlie’s world around. 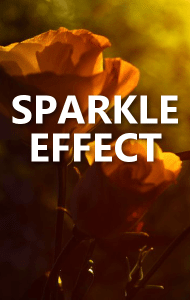 Dr. Oz talked to Sarah Cronk, an Everyday Health Hero who developed a cheerleading team for people with disabilities so that they could feel included in schools.

Sarah felt like she had a mission to create the same opportunities for other students. So she became a cheerleader the next year and created a cheer team that would include students with disabilities. It was the first time that students with and without disabilities would be cheering together as one team. The new team was called the Spartan Sparkles. It changed everything for the children with disabilities, who may have felt alone or unappreciated before.

After the success of the first team, Sarah started a non-profit organization called The Sparkle Effect, which helps other schools create cheerleading programs that include students with disabilities. The Sparkle Effect has helped create 134 teams across the country.

Sarah Cronk said that these teams do change the culture of schools and she hopes The Sparkle Effect is just the beginning.

Sarah Cronk sat down with Dr. Oz and told him the most rewarding part was the first night the first Sparkle team was created. There was a standing ovation and she new that it was going to change her high school forever.

She said one of the biggest obstacles when she first met with her school administration. She went there as a 15-year-old cheerleader with her friend and this idea no one had ever heard of before. She said she could tell they saw them as flaky kids and they weren’t sure they’d be into for longer than two weeks. But they really pushed it and convinced them to let them do it.

Sarah said it really showed that you can take small steps to make a difference. All it took for her was inviting kids to cheer with them or even just smiling at them in the hallway. She said these kids didn’t necessarily feel bullied, but they did feel invisible. This helped them overcome that.

Dr. Oz revealed that they had the Sparkle Team from West Islip High School. The team came out and did a cheer. Dr. Oz let them do a cheer to take them to commercial. The cheers were very touching.